Bachi Karkaria's Capture the Dream is on Capt. Krishnan Nair of Leela Hotels 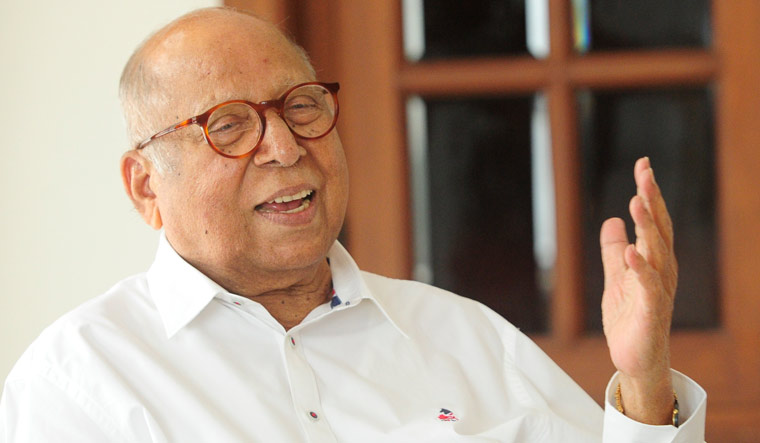 The remarkable thing about Capt. Krishnan Nair of Leela Hotels was not that he dreamt opulently but that he also dreamt sequentially. When one dream began to lose its shine, he turned to another and yet another. It wasn’t a walk in the park, of course, for in between turning grandiose plans into lavish reality, Nair ran smack into setbacks – sometimes acts of God and sometimes acts of bureaucrats (as omnipotent as the almighty in certain respects). But Nair saw them all off, and lived to tell the tale. That tale is now told to us by columnist, author and literary curator Bachi Karkaria in Capture the Dream.

As in every rags-to-riches story, our hero was born into humble circumstances in a village near Kannur, north Kerala. But there was something about the man from Malabar that set him apart. All through his life, he was the right man at the right place at the right time. It happened so often it couldn’t be coincidence. Obviously, Capt. Nair could make serendipity do his bidding. With Lady Luck as his unfailing consort, he re-invented himself as a freedom fighter, soldier (twice over) and garments entrepreneur before pushing himself at age 65 to the front ranks of India’s hoteliers. It could all have been a fairytale except that debt and overreach made the sunset less than roseate.

Karkaria captures Capt. Nair’s many-splendoured life in her signature, genre-defying style. Conventional corporate biographies are expected to be mandatorily boring. Bachi – much like her subject in this book – tells convention to take a walk. To the usual sedate, somewhat somnolent notes of the Gregorian chant, she adds some foot-tapping folk to make what could have been a sepia-toned documentary into a trendy south Indian hit, replete with colour and spectacle.

And what’s a Bachi book without puns? You expect wordplay from her the way you expect controversy when Kangana Ranaut opens her mouth. So, when the garments exported by the Nairs help Gloria Vanderbilt with their jeans, she can’t help saying: ‘no ifs or buts – only butts’. And when a yesteryear Hollywood celebrity buys Leela’s furnishings, the chapter is titled: ‘Curtains for Gregory Peck’. 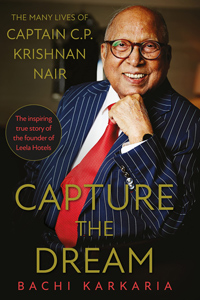 In the book, she acknowledges that writing non-fiction is like working at an archaeological site. If you dig deep, you come up gems. Some of the factoids she has dug up are widely known, others less so: Capt. Nair played a part in giving Kannur its airport (well known); much earlier he had paved the way for the old subway near the town’s railway station (less known); he introduced appam to Mumbai (it has since been copied by many Mumbai restaurants and sadly become an anaemic shadow of its original fluffy self). Many pages open up the mouth-watering world of Malayali cuisine. (Only thing Bachi, the accompaniment to a meal is not koottan but kootaan).

Biographies come in many hues. Some deal up close with the blood, sweat and tears that form the subtext of many success stories. But Bachi is determined to look on the bright side. Her book doesn’t go where the subject wouldn’t want to enter. When Walter Isaacson completed his authorised biography of Steve Jobs, the ailing computer visionary asked him if the book contained anything that he would not be happy to read. When Isaacson truthfully said it did, Jobs nodded and said: ‘Good, then it won’t look like an in-house job.’ ‘Capture the Dream’ would not pass the Isaacson filter for it has nothing that the Capt.’s sons Vivek or Dinesh would not like to read. But then Bachi sees herself as a chronicler of good cheer rather an investigator of the inconvenient.

This feel-good biography may not make it to the best business books of the year or be studied as a manual on the perils of debt. Instead, it serves a more useful purpose for most readers – it shows how positive thinking works in real life situations. So, if you want a racy read on how to overcome obstacles with ebullience and turn joi-de-vivre into a competitive advantage, this book is a must-read.

Title: Capture the Dream – The Many Lives of Capt. C.P. Krishnan Nair