'Homebound' review: An elegy to plight of India’s migrant workers during the pandemic 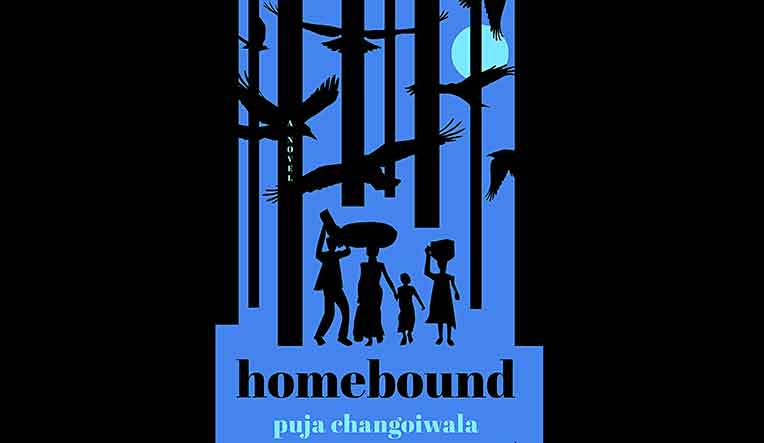 New-borns, children, young and aged, some slipper-clad, while some barefooted, bags of belongings, days of fighting and surviving the rain, wind, sun and the coronavirus—this is a small gist of the homeward exodus of around 11.4 million migrant workers in India in 2020. This is the journey in Homebound.

Home sweet home—a privilege that is repeatedly made aware as one reads the fictional debut Homebound by award-winning journalist Puja Changoiwala. A pandemic literature, this book is the reminiscence of the reality of many and the not-so-reality of the others. The writing is an account of the plight of India’s migrant workers during the beginning of the COVID-19 pandemic. The journey was not a choice; it was the last resort when one can see nothing but a bleak present and future of unemployment, starvation, homelessness and death in the ominous lockdown.

The images of the dreadful journey of the migrants were splashed across the media at the time, yet the raw reality was obscured in the mainstream. The book is a homage to the millions who trudged miles to the safety of their homes.

The multiverse of Dharavi is a pot of gold for 15-year-old Meher. Hailing from a small village Balhaar in Rajasthan, she finds “home” in the alien ghetto. Dharavi is the “factory of human spirit” and “embodies the essences of evolution”. An epistolary novel, the accounts are addressed to Ms Farah, a journalist. Beginning on April 16, 2020, the entries of the behemoth transition are recounted across 11 letters. The journey is documented sequentially, often interspersed with flashbacks and thoughts and opinions of the protagonist.

A dystopian journey that one never wishes to be a part of, Meher and her family face many heart-wrenching hurdles in their travel. The agonising description of the migrants being drenched in bleach, their blood splattered on the railway lines, the hungry feasting of the dead dog’s flesh, the exhaustion that made them breathe their last, the inhumane stigma that forced others to quarantine them in public toilets, and the loss of silver lining that turned them to murder--all point to the deeply ingrained lack of education and the ignorance of the authorities.

Myriad issues are tackled in the book and are at times overwhelming. From the bygone beliefs and rituals, the contrast of the haves and have-nots, religious fanaticism, communal hate, abrogation of articles 370 and 35A, child marriage, human sacrifice, to the decay of the nation’s system are all confronted by Meher.

The instances of humour are the out-of-the-box names of the characters: proton uncle, electron aunty and neutron Sameer, and the comparisons like a conductor and insulator policemen. Changoiwala uses ample allegories. For instance, she draws a parallel between their journey and the salt march of Gandhi, though, unlike the latter, they plan to move veiled in the camouflage of the darkness. The intellectual debates of the young girl are indeed compelling questions. Sample this: “It’s not only about Saleha and her family,’ I said, voicing a discontent that has just started sprouting in me, and yet, had overpowered my being. ‘It’s about this whole exodus. When did we become so vulnerable? I never felt it my whole life. But now, it’s like they’re grabbing me by my neck, telling me that my life is insignificant, that I could die any moment, and that my death too would be as insignificant. Hundreds like us have died on their way home. Hundreds. Women turned widows, children turned orphans, fathers turned pallbearers, and mothers turned to stone.”

The book, though written in the Indian context, can be a universal symbol for the saga of the resilience of migrants. The book reminded me of the journey of Offred from her dystopian reality in Margret Atwood’s The Handmaid’s Tale besides owing to the recent dilemma of migrants in Greece, France, Mexico to name a few.

Many of the migrants reached their homes while many others departed on the way. The book points to the need for effective mobility infrastructure and to view fellow humans with dignity and empathy. Blessed with the comfort of home, the story was efficacious in making me guilty and aware of the privilege of the security that one takes for granted. The migrants are also humans. And as the author pens “to forget them again would be treason”. True.