'The Meltdown' review: A rags-to-riches story in reverse

Nobody is innocent in the world that The Meltdown depicts 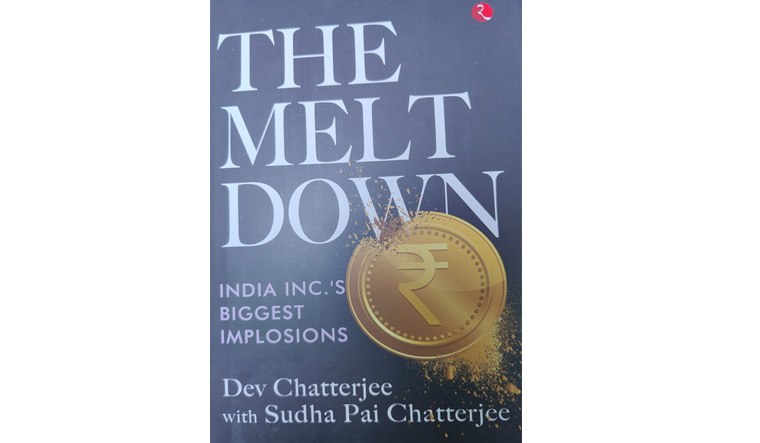 The latest World Inequality Report tells us what we had long suspected – that the rich are getting richer, and the poor poorer. The report informs us that the top 10 per cent in India accounts for 57 per cent of the national income. What it doesn’t say is that the rich don’t rest content atop their mountains of moolah. They want more, they want to add another zero to their zillions. Some succeed in their ambitions without eyebrows or red flags being raised. It’s the ones who fail who form the riveting subject of The Meltdown by the husband-wife duo of Dev and Sudha Chatterjee.

The Meltdown unlocks a large gallery, and the rogues (for want of a better word) in it cover a wide arc. It has the garishly flamboyant Vijay Mallya whose luscious beach parties in Goa must have melted the scruples of the most conscientious bank official. At the other end of the scale, there is IL&FS reclusive Ravi Parthasarthy who kept a low profile and quietly orchestrated the biggest bankruptcy in India Inc’s history. If there are first generation fraudsters, there are also young scions who must have learnt the tricks of the trade when still in the nappies.

Every chapter covers an implosion fuelled by avarice, the jettisoning of ethics and sometimes bad luck. Nirav Modi is on centre-stage. Also featured are Videocon’s luckless Venugopal Dhoot – at one time hailed as the head of India’s largest homegrown multinational. Then there is the combative Chanda Kochhar who, as a professional banker heading ICICI, disproved the widely held theory that it is only in family-run businesses that corporate governance is reduced to an option.

Nobody is innocent in the world that The Meltdown depicts. For a price, bank officials will opt for negligence over diligence, and auditors as well as rating agencies will happily fall in line. If anything, it’s the Modi government that comes off with full honours. In the epilogue, the Chatterjees say that it was with the Insolvency & Bankruptcy Code enacted in 2016 that the cleaning of the Augean stables began.

Senior journalist Dev Chatterjee brings the immediacy of reportage to the book. Barring the odd confidential document, the information is largely based on documents in the public domain. That could be an opportunity lost and those seeking explosive revelations could be disappointed. But the narrative speeds along with the Chatterjees at the wheel. There are certainly more scamsters around than the dozen odd talked about in this book, and they could form material for Meltdown 2.0. Till then, for all those who want to relive the scams of the last few years, this book provides the traditional rags-to-riches story in reverse.

PS: The Middle Class’s schadenfreude must perforce be curtailed. Few of the guilty go where they deserve to be – behind bars. At the end, Anil Ambani is still gamely looking for escape routes, and the chapter on R.Comm concludes with the cryptic ‘He is down but is he out?’ That could well be true for many of the others.