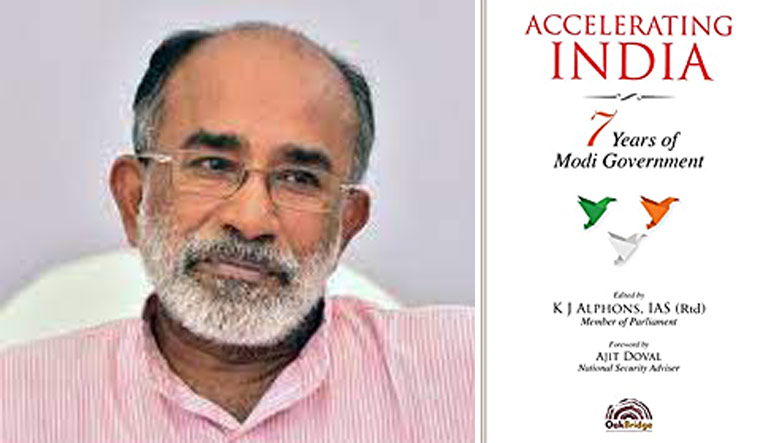 Seven years may not be a long time in a country's life, but it is enough time to gauge the direction it intends to take—even if the results may take a while to be discernible on the ground. As the Modi government completed seven years in office, it was faced with the biggest challenge of a century—the COVID-19 pandemic. Though the virus threatened to derail India economic progress, the government has not shied away from taking bold steps as it pushes forward its reform agenda.

Prime Minister Narendra Modi's policies are dissected with intensity on both sides of the political divide. Is the government pro-poor, as it would like the country to believe with its welfare programs, or pro-corporate as it pushes for the private sector to take charge. The question is played out daily from street to television studios, from corporate boardrooms to protest sites in the country.

Bureaucrat-turned-politician, K.J. Alphons, former Tourism minister, and currently BJP's Rajya Sabha MP offers an explanation. “Is he a hardcore Keynesian or an ardent follower of Friedman? The truth is that he is a combination of many things: a big dose of Keynes, a bit of Friedman, a tiny bit of libertarian Hayek and a lot of innovative Modiconomics, built around the strong belief that everybody, the poor and the rich, have the right to live [with] dignity."

"He has built basic foundations for the poor to live a dignified life; now he has to work to take off from there, and where they would have decent jobs so that it becomes possible to live a sustainable dignified life. In the long run, they cannot live on handouts from the government alone.”

Alphons sums up Modi's governance outlook. He has backed with empirical analysis from the practitioners who have domain knowledge in different fields. Alphons has picked up 25 topics to present Modi's interventions as they are aimed at changing the country. Accelerating India: 7 Years of Modi Government is the new book edited by Alphons. He has got former civil servants to present the changed governance paradigm in the last seven years. The 338-page-book published by Oakbridge is priced at Rs 795.

The book encapsulates the Modi government's policies in sectors like internal security, defence, digital governance, education, agriculture, environment, economy, highways, social justice, Covid response, health, and Triple Talaq. The book is a good resource of material, and arguments to understand Modi's governance model. It adds to the debate around the issue presenting the government's side, authoritatively.

Kerala Governor Arif Mohammed Khan has a written a scholarly essay on the issue of triple talaq quoting various Islamic theologians. He narrated his personal experience on the subject after he decided to bring the issue to the notice of Prime Minister Modi. He wrote a six-page letter to Modi on October 6, 2017, apprising PM about violation of apex court verdict on talaq, and a need for legislation. The next day he received a call from PMO asking him to discuss the issue with Modi and was granted audience the day after. “I have understood whole thing, now you need not approach anyone, instead they would approach you,” Khan wrote quoting Modi. On October 9, officers from the Law ministry sought a meeting where Khan gave them documents showing developments in foreign countries in outlawing triple talaq. A few weeks later, the government introduced the bill in parliament.

“How positively this move will impact the lives of Muslim women cannot be assessed in realistic terms today, but I am sure that future historians will view this law profoundly lasting impact on the promotion of gender justice in India,” Khan says.

Writing on India's Covid response, Sanjeev Sanyal, principal economic advisor, says, “India opted for a “barbell” strategy that combined hedging against worst-case outcomes on one hand, and step-by-step responses driven by a Bayesian updating of information on the other. This is why India did the full national lockdown despite obvious economic costs; it was just hedging for the worst-case scenario. It bought time to gather information and create capacity in order to have sensible response...”

Defending the redevelopment of the central vista, former civil servant OP Agarwal says the country's central administrative area needs increased capacity and significant modernisation given the technologies. “During the pandemic, there is an urgent need to create jobs. The central must spend all its resources to ensure purchasing power reaches people. There is no better way to do it than through jobs. This is exactly what the central vista project does: create lots of jobs.”

The book is a valuable addition to literature on the Modi government's intent and the work it has done so far. It, though, stops short of talking about the challenges ahead, and the work which still needs to be done. It will serve well the students, researchers, policymakers, historians, public policy practitioners.