‘The Teachings of Bhagavad Gita’: A primer for the soul

Richa Tilokani’s book is a simple take on a deep, richly-layered story 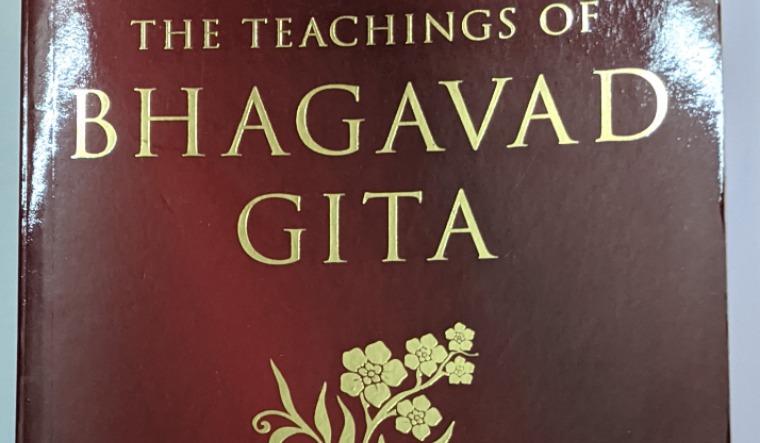 Religious revivalism takes many forms. Inside the no-holds-barred akhada of politics, it has seen the rise and rise of muscular ideologies, which have gone on to reshape public discourse. In the less-gritty, somewhat gentler world of popular literature, it has played midwife to the success of keen-eyed writers who read the market right.

Culling pages from revered epics, they did research of a fashion, and dramatised ancient stories to emerge with modern-day best-sellers. The country’s English language book readers, starved of such stuff for as long as they could remember, kept asking for more.

Society’s renewed interest in knowing more about a faith, which most of us had thought needed only to be practised, not propagated from the rooftops, has also led to an increasing number of authors training their sights on the book that lies at the heart of it all: the Gita. This is the most sublime battlefield dispatch ever. The life lessons it offers come not from the quiet recesses of a cave or an eerie mountain top but from ground zero, with conch shells proclaiming that battle will soon be joined.

As it turns out, the D Day message is richly layered and couched in Sanskrit—not the most widely spoken of languages of our time (according to Wendy Doniger, it always was an exclusive and elitist tongue). The result has been that across history, the floodgates have opened to a number of interpretations of the hallowed text. Into this noisy, contentious world steps Richa Tilokani with The Teachings of Bhagavad Gita.

Tilokani is self-confessedly not an authority on the subject—which is the equivalent of declaring herself a non-combatant in the heated battle between scholars who often turn rowdy when questioned by their peers. Hers is a quieter voice than the others we have heard. It is probably because her ambitions are limited to introducing the text to those who have been intimidated by the philosophical heft of the book. She confines herself to talking to us about each chapter and drawing the appropriate lessons from it. Passages are followed by a bulleted summary of what the reader could learn and an instructive paragraph on the benefits that would accrue.

It is almost like a tutorial for the soul, and you can’t ask for anything simpler. Tilokani’s main purpose is undoubtedly served, but in her hands, the ‘Song Celestial’, as Sir Edwin Arnold described it, seems in imminent danger of descending into a primer. As everyone knows, such entry-level tutorials leave no room for aesthetics or the compelling imagery for which the 18 chapters and 1,400 lines of verse have been widely hailed.

So if you prefer the message without the magic, the teachings minus the grandeur of thought, The Teachings of Bhagavad Gita would be a handy book to have.

Book: The Teachings of Bhagavad Gita