The authors present the phenomenal diversity of these lands 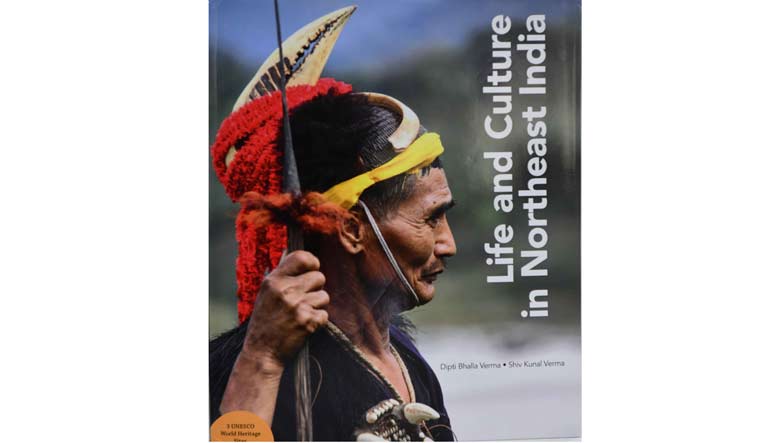 There are picture books, and there are books to read. This book, however, is that rare offering which has both, eye-catching visuals and a very informative text. The authors have covered the history and geography, the biodiversity and the people of the north eastern flank of India through over 300 photographs, 12 detailed maps and a compelling narrative.

North east India initially referred to the seven sisters: Assam, Manipur, Mizoram, Meghalaya, Nagaland, Arunachal Pradesh and Tripura. However, now Sikkim is also included in this grouping. The north east is an exotic place. It remains largely untouched even now, for reasons like difficult terrain, political unrest and insurgencies and a general apathy. Thus, even now, it is not the top destination on the domestic tourism circuit, and in many areas, there are restrictions on foreigners. The scene is slowly changing, with political outreach and the need for travellers to find new locations. Yet, there is still not enough knowledge about this region in the rest of India.

The authors, through this coffee table book, present the phenomenal diversity of these lands. There are more ethnicities here than perhaps in an other region of the country. From the Lepchas, Bhutias, Ahoms, Bodos, Naga, Maiti, Kuku and Mishim —each ethnicity is unique and has its own rich history and culture. There are also many diverse faiths co existing—Buddhism, Islam (Assam has the famous Pao Mecca mosque of 1657, known to have a quarter of the sanctity of Mecca itself), Christianity and various forms of Hinduism—Tantricism, Shaktism, Shaivism and Vaishnavism.

The authors take the readers on a journey through time and space, bringing out amazing nuggets from the histories of these places, which remain largely untold by CBSE text books. In a region which boasts of three UNESCO world heritage sites, there is no dearth of opportunity to take brilliant pictures. The wildlife side of the region comes alive as the camera move from snow clad dwellings of the yak and snow leopard to the tigers and rhinos of the plains. Myriad butterflies and birds of brilliant plumage flit through the pages, bringing out gasps of “wow” and “ooh” from the reader.

The authors have done their research well, whether they discuss the history or the demographies. One realises how easily India could have lost this land, since the British were thinking of handing over Assam as part of East Pakistan, and how some intense diplomacy by Gopinath Bordoloi helped India retain it. Unfortunately, having got it as part of India, the Centre has ignored development in this north eastern region for decades. This book is an appreciation of what we have.

The only bit missing in the book, however, is what the modern day north east looks like. The unplanned urbanisation, the new aspirations of the people, the new North East India, as such, isn't there in any of the pages. A little bit of everyday exotica could have been injected into the visuals and narrative.