'Parveen Babi: A Life' unpacks the life and legend of the bold and beautiful Babi 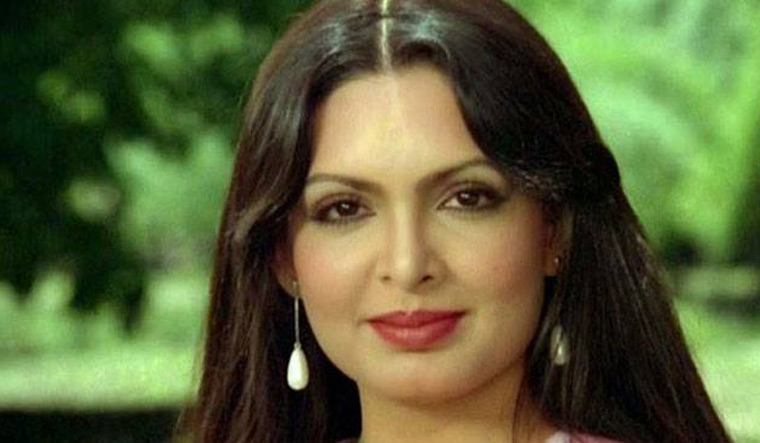 When Parveen Babi, yesteryear's glamour diva in Hindi cinema, went to college in Ahmedabad in the 1960s, her hostel friends didn't really consider her an 'ideal roommate'. Babi's corner of the room was always a cluttered mess of unwashed clothes, books and loose sheets of paper. Babi's friend Mala recalls, however, that on rare occasions when Babi did clean up, her drive to sort out the mess would border around the obsessive.

When the tall, slim, cigarette-smoking cool Babi was betrothed in college to a Karachi-based pilot, she would doodle his name in pillowcases and notebooks. And then on her wrists with a pin pressed hard on her skin, mesmerised by the trickle of blood oozing out and persisting with it to carve out the perfect initials of her long-distance beloved.

Karishma Upadhyay, in her sumptuous biography of the glamorous star, situates this fanatical trait as an ominous warning. "One wonders if what might have passed off as the ultra-romantic gesture of a girl pining for her first love was, perhaps, the earliest marker of an obsessive mind. Later, the same disturbing behaviour would later manifest itself in Parveen's obsession with her co-star of many films—Amitabh Bachachan."

In her biography of the actor, 'Parveen Babi: A Life', Upadhyay opens the book with the mentally broken starlet returning from a stage show in London engulfed in melancholy. She had left for the London tour excited and full of hope because Bachchan, her co-star from several films, was also part of the performing group. But she wasn't the centre of his attention there. After her return from the show, a scene of complete meltdown unfolds in that first chapter where Babi starts attacking her mother like a psychotic person.

Upadhyay, a seasoned film journalist, unpacks the life and legend of the bold and beautiful Babi with meticulous research and care. She traces the journey of a shy, curious-eyed girl from an aristocratic family in Junagadh to an unconventional showstopper in the 1970s and 80s Hindi cinema who broke the "pious, nice girl" template to carve her own niche in over 50 films in a career spanning 15 years, with great commercial success in films like Deewar, Shaan, Kaalia and Amar Akbar Anthony. A complete outsider who blazed like a comet, defining her own rules. Paced easy with simple, flowing language, the gritty and gregarious subject herself with her glittering tale takes the plot forward without much effort.

A free-spirited boheme, she was the darling of gossip columns in her time. The author unveils lesser-known facts about the actor's doomed romances, her delusional attachment to a spiritual mentor who counseled her to quit films, and her struggles with mental illness. Friends, former lovers, co-stars, parents and relatives have all been roped in to reconstruct the life of an extraordinary public figure whose rollercoaster ride of finding fame, love, money and losing it all is the stuff of great cinema history and lore.