Lockdown reading: Born to die—tales from the streets of Medellin

Colombia has been a witness to four kinds of violence. Political violence— the 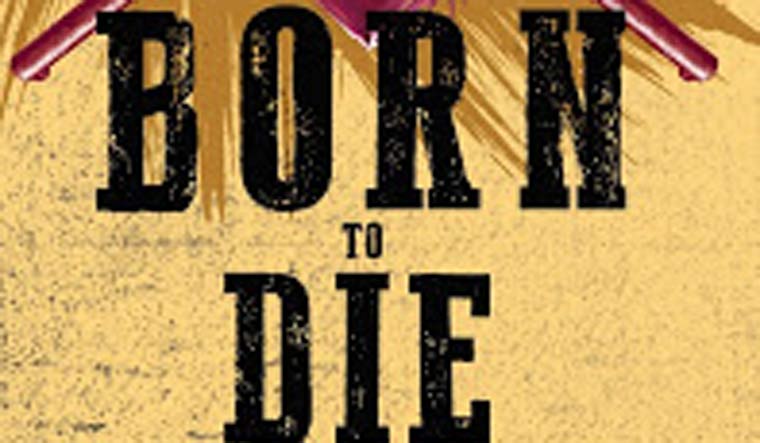 Colombia has been a witness to four kinds of violence.

Political violence— the conflict between conservatives and liberals at the national level went out of control and plunged the country into a deadly violence, lasting for ten years in the period between 1948 to 1958. Colombians call this simply as the period of ‘La Violencia” ( the violence). It was one of the darkest chapters in the history of the country. This was the starting point for the culture of violence in the next seven decades.

Guerilla violence—from the armed movements of FARC, M-19 and EPL groups to overthrow the government. They started with genuine political principles for social justice but deteriorated into criminal activities in most cases.

Neighbourhood violence—localised violence in poor barrios (neighbourhoods) of the cities where street gangs got into crimes. They mostly terrorized their own neighbourhood.

Alonso Salazar’s book is about the last category of violence in the poor barrios of the city of Medellin. The book has a series of poignant stories of how adolescents took to crime and violence. The stories are narrated by gangsters, mothers, friends, the corner shop owners and priests. There are confessions of criminals, witnesses and victims. There is vivid description of the origin, evolution, manifestation and consequences of violence.

The poor kids in the marginalised areas of Medellin city, born into dysfunctional families, had no educational and employment opportunities except to pursue criminal activities to earn a living. Some boys were forced into it by peer pressure. When the streets were full of such criminal elements, it was impossible for innocent boys to avoid and escape from the gangs. In a few cases, boys turned to crimes after having traumatised by seeing the brutal killing of their families and friends. These boys from the barrios were small timers with very limited resources and reach. They were known as Chichipatos (small-time scum) and cochinos (pigs). They became sicarios (contract killers), mules and errand boys for paramilitary groups, drug cartels and some times for political and business groups too.

The boys of crime enjoyed the reputation of being feared and becoming notorious. Gangs from different barrios killed each other for territorial control, business deals and revenge. Some kids started enjoying their killing jobs and became monsters. The boys found the violence as their own anaesthesia. Seventy per cent of the people who died violent deaths in the city of Medellín were in the age group between 14 and 20.

They took to wearing fancy clothes, impressed their girlfriends with gifts and even helped the families and the barrios with their money. They sang and danced to salsa and vallenato in all-night street parties. The young criminals knew that their life could end any time. So they took life fatalistically and were prepared to die singing Willy Colon’s salsa song:

I’m certain my luck will change too).

The young criminals had faith only in Virgin Mary whose blessings they sought for their protection and success of their jobs. The people of the barrios had no faith in the police who themselves were involved in extortion and in illegal selling of weapons to the gangs. They feared jail more than death. There was humiliation of rape and more violence within jails. Those with money had safety and could bribe the judges to get out before completing the term.

The book does not have a conventional end of the story nor does it have any climax. The author, Alonso Salazar, has chosen a hybrid form of storytelling combining fictional characters with documentary-style comments. At the end, he has pleaded for action to stop the violence.

Salazar is also a journalist, social activist and political leader besides being a writer. He was actively involved in community work in the violent neighourhoods. Hence, what he has written is what he had been a witness to.

Salazar was elected as mayor of Medellin city in the period between 2008 to 2011 and had brought down crime and improved the lives of the poor. Medellin city was lucky to have more visionary mayors and political leaders like him in the last three decades. He had earlier worked as advisor to mayor Sergio Fajardo (2003-2007), considered to be one of the architects of the transformation of the city which was known as a narco crime and murder capital of the world during the days of Pablo Escobar.

In the last two decades, the city has managed to transform and reinvent itself into a safer, more inclusive and prosperous place. Crime and poverty have decreased drastically. It has one of the best quality of life among the Latin American cities. The city has built a metro cable transport through the poor barrios, facilitating their travel, and more importantly making them feel as part of the society with dignity and honour. There are numerous parks, libraries and city squares to provide a sense of ownership and inclusion in the city’s public spaces. With the extensive use of IT, the city has become a smart city and the Silicon Valley of the Andean region. Medellin has now become an international benchmark for urban transformation and social innovation. The city of more than two million inhabitants has lived upto its reputation even during this COVID-19 crisis by containing infection and dealing with the crisis through its smart IT network and solutions.

There are a number of Indian IT companies and professionals in Medellin. There is a Gandhi Peace Foundation in the city run by Harivardhan Shah, who has collaborated with the city and NGOs in spreading the message of Gandhi on non-violence and peace.

In Latin America, Colombia has suffered the worst from violence, with several hundred thousand killings and displacement of millions in the last seven decades. At one time, the American media tried to stigmatise the country as a ‘failed state’. Now, Colombia has decisively and irreversibly put an end to the ignominious chapter of violence with the 2016 peace deal signed with FARC. Although, a few FARC rebels, the ELN group and some drug cartels continue with some violent activities, these are likely to be contained in the coming years. The country will certainly not go back to its bad old days of Pablo Escobar or loss of the control of almost half the territory to FARC guerillas. However, cocaine supply to US will continue as long as millions of US consumers continue to pay billions of dollars for the drugs. It is a demand driven business from US. The drug war should be fought within US to stop consumption. This is the only solution.

While Medellin has come out of its tragic past dramatically, Mexico, Guatemala, El Salvador and Honduras as well as Rio de Janeiro and Sao Paulo cities still continue to suffer from crime and violence. There are any number of books and films about the gruesome violence in these.

The secret of success of the Medellin Miracle is the fact that it was a collective project of the city’s government, academics, professionals, business people and civic leaders. They came together around a shared vision to invigorate the city’s poorest neighborhoods through science, technology, innovation and culture. They studied and learnt from the best practices of other cities such as Barcelona and Singapore. The transformation of Medellin is called as 'Social Urbanism'. It is a role model for other Latin American as well as Indian cities which are struggling with large slums of poverty and marginalization.

This English version of this book, published by Penguin (SEA), is available for sale only in South East Asia for the time being. However, the original Spanish edition published in 1990 is available in Kindle store for Indian readers.

The English translation of the book 'No nacimos pa’ Semilla', has been done by Sharmila Bhushan from Gurgaon. She has done an excellent job of translating the esoteric slangs and local jargon used in the Colombian crime world.

The choice of an Indian translator for a Colombian book by the prestigious publishing house Penguin (SEA) is a recognition of and testimony to the translation talents of Indian professionals.

Spanish has overtaken French as the most popular foreign language in India. Spanish is taught in many schools, universities, management and technical institutes, besides language academies. The increasing professional pool of Spanish language translators and interpreters helps India's business with the 18 Latin American countries which speak Spanish, besides Spain.