Love, survival, valour and ideologies are well-woven into this novel by Allende 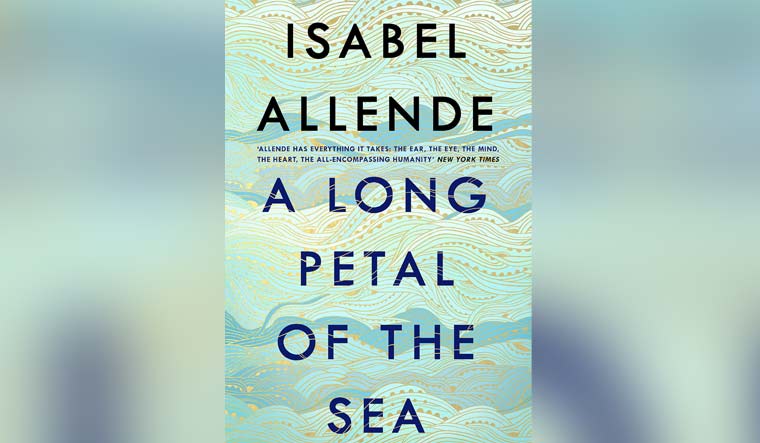 The latest novel by Isabel Allende A Long Petal of the Sea is about dictatorship, persecution and exile, familiar themes in her novels. It starts with the civil war in Spain and the Franco dictatorship which causes death, destruction and exodus of people. Roser and Victor from the Dalmau family from Spain escape first to France and then to Chile. They are nostalgic about their home in Catalonia while trying to establish roots in Chile. But their misfortune follows to Chile which falls under Pinochet dictatorship. The Chilean regime detains and tortures Victor for his leftist sympathies. Roser manages to get Victor released with the help of Venezuelan embassy and takes him to Venezuela. But in Venezuela they miss their home in Chile. Eventually, they return to Chile when democracy is restored after Pinochet loses the plebiscite in 1990.

I was curious and puzzled about the scale and intensity of inhuman tortures and killings by the Pinochet’s military goons against their own people who were also white Christians like the rulers. It seems that it is in their Spanish blood. Franco was much more ruthless in Spain in killing, torturing and persecuting the leftists. Pinochet and other Latino dictators looks like a pale imitation in comparison to the monstrous atrocities of Franco.

Isabel Allende has weaved into the story themes of love, survival, relationship, valour, ideologies, sacrifice and old age through the many characters and their experience from Catalonia, Spain, France, Germany and Chile who are caught in the deadly battle between fascism and socialism. Allende has brought out the conviction and courage of so many foreigners from US, Europe and Latin America who fought for Republicans in Spain voluntarily and sacrificed their lives for the cause of freedom and democracy.

The title of the novel A Long Petal of the Sea is from one of the poems of Pablo Neruda which describes Chile. Allende has quoted Neruda’s poems in the covers of each chapter. The novel is based on the real life story of Neruda’s rescue of thousands of Spaniards through ships organized by him from France to Chile. He did it much against the resistance from right wing elements in the government and in the Chilean embassy in Paris where he was posted at the time of the Spanish civil war. Neruda had personally interviewed and selected those for rescue. The government wanted only those with skills for which there was shortage in Chile and did not want writers, artists, communists and other potential trouble makers. But Neruda managed to include some of those such as Victor and Roser.

Of course, Neruda, who was a communist, himself had to flee the Chilean dictatorship in 1948 seeking refuge in Argentina. There is suspicion that his death in 1973 was actually a murder by Pinochet dictatorship.

Dictatorship, persecution and exile are the dominant themes in the novels and poems of many Latin American writers who were also among the victims. Isabel Allende herself suffered exile from Chile to Venezuela from where she emigrated to US.

The themes which influenced Allende’s novel are replaying now in Latin America but in reverse. In the past, Venezuela had provided asylum to many Latin American political exiles and economic immigrants. But now, over three million Venezuelans have taken asylum in the other Latin American countries including Chile to escape the Chavista dictatorship and economic misery in Venezuela.