'The Asuras of Antariksh': A journey through maze of bureaucracy, scams 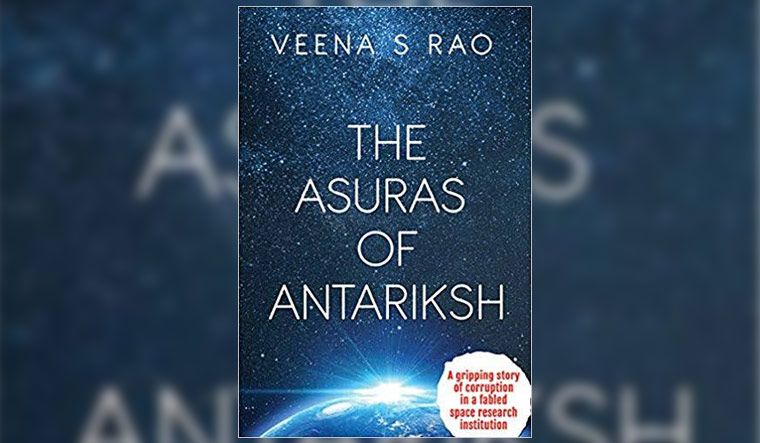 At a time when Chandrayaan and Mangalyaan are making news, comes this fictional work around an imaginary space research institution in India, and a scam therein.

Dr Maharishi Nath, chairman of the Indian Space Agency, Dr Martin Georges Chairman of Oriont Telecom, USA and Dr Vidyasagar, Managing Director of Gagan Yagu are all fictional characters in The Asuras of Antariksh by Veena S. Rao. Veena sets her fiction in the labyrinth of bureaucracy in New Delhi and the country's space research institution. Towards the end, the three receive daily bulletins from their agents in India—for they are in New York!

To know them and the other characters, and how they interact amongst themselves and with the system, one has to read the fast-paced book that kindles the reader's curiosity, almost at the end of every paragraph. It might suffice to say that a government contract with a foreign company is cancelled when a scandal erupts.

Georges, the American says he is amazed “at the efficiency of your investigation system”. His view—they can achieve anything, even the impossible. Maharishi puts in that in India, we always say, “let the law take its course”, which it always does. And if it doesn't, we say, “we have full faith in the judiciary”. They enjoy their dinner at an exclusive restaurant by the side of the Central Park in Fifth Avenue.

At the end of an “investigation” into the corruption around an international contract in the space research institution, the bureaucrats who were on anticipatory bail return to work. The journey of the government contract from start to finish is narrated in a simple but gripping way by the author, who is a retired IAS officer of the Karnataka cadre, besides being a fiction writer.

Name: The Asuras of Antariksh