In Service of The Republic: The Art and Science of Economic Policy 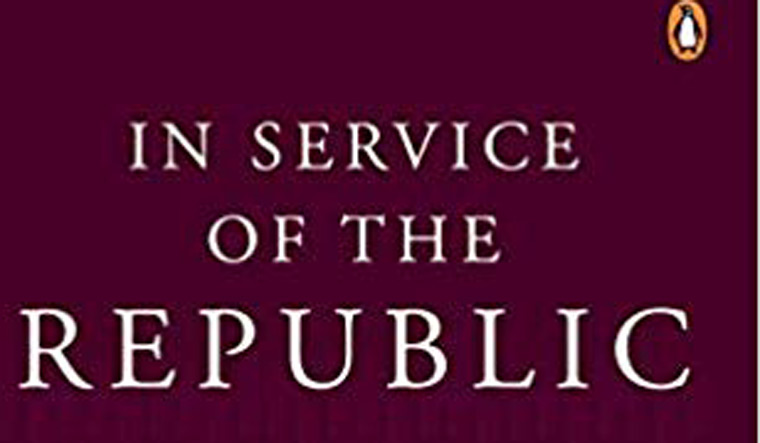 Long ago, we made a tryst with destiny, and we must find our way out of these dark woods. The most important question in Indian economics and policymaking today is that of diagnosing and addressing the sources of under-performance that have arisen from 2011 onward.

Though the two sentences are part of the concluding chapter in 'In Service of the Republic: The Art and Science of Economic Policy' by Vijay Kelkar and Ajay Shah, the book itself represents their attempt to understand what happened, and present their ideas for changing it—meaning, addressing the under-performance.

The book, in seven parts with a total of 40 essays –never published before—looks at the art and the science of policymaking, which happens at the intersection of economy and politics. The names of the essays tempt readers to dig in and go straight to a particular page without starting at the very beginning. For example, 'A country is not a company', 'Test Match, not IPL'.

Kelkar and Shah, in their search for what has caused the under-performance, say a lot of government intervention and the license-permit raj, remains in place. There is a great deal of arbitrary power in the hands of the government. While liberalisation sent out the “rough idea” that there should be less state intervention and that the “light touch economic regulation” should be done by a new breed of economic regulators, these turned out to be central planners.

The questions raised are very pertinent. Why do we need state intervention? Why is the state capacity low? What is the right approach to public policy?

In the course of their essays they touch the very crucial and contentious issues of using public money to bail out some. Should the state be doing all that it is doing? And above all, is the state capacity being spread out far too far and far too thin?

Both, Kelkar and Shah are not only well-known economists, they have had played a key role in designing and implementing economic policy. For that reason, this readable collection of essays should be in the hands of as many lay people as students of economics and public policy.

Title: In Service of The Republic: The Art and Science of Economic Policy