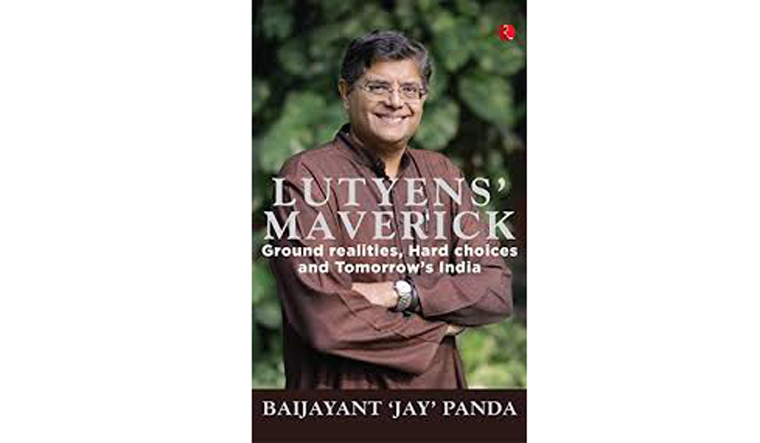 Be it debating the idea of 'one nation, two elections' or need to reform political funding, analysing Modinomics and critiquing present situation of the justice delivery system in the country, Baijayant Panda has been a prolific commentator on issues confronting contemporary India.

A new book Lutyens' Maverick – Ground realities, Hard choices and Tomorrow's India, collates Panda's commentary that is exhaustive, well-researched and topical. Panda, who in 2018 quit the Biju Janata Dal, a party he helped found in 1997, and who is known as a thought-leader more than a person involved in partisan politics, writes in the book that he wants the reader to recognise that his articles “...were the result of my honest efforts to understand and explain the issues of our times, shaped in the way I have been shaped – with curiosity and a willingness to speak candidly.”

Talking about the electoral system of the country, Panda, who has been in parliament for 18 years and has the rare distinction of being elected twice each to the Rajya Sabha and the Lok Sabha, says he inherently agrees with the idea that India would be much better served by a presidential system of democracy. But, he also believes that the odds of being able to build a national consensus around the idea is abysmally low. “There is simply too much polarisation in our polity, and the possibility of putting together another constituent assembly of eminent men and women whose integrity is respected across the political divide, is unthinkable today.”

On the 'Era of Modinomics', Panda says that the Modi regime has seen a transition to a more overt championing of reforms from the head of the government. But, he notes that despite the Modi government's epoch-making majority in the Lok Sabha, it has not been as smooth sailing as some had expected because several key initiatives have floundered in the Rajya Sabha, where the government does not have a majority.

He claims that the domestic view of India's economy is noticeably more pessimistic than how the rest of the world views it. This, he says, may partly be due to the very high expectations having been set, by which standard, even rather dramatic reforms may seem inadequate.

Presenting his write-ups on the state of the judiciary, Panda writes that whether it is the procedures to deal with mercy petitions on death sentences, or the unlimited number of adjournments in the courts that cause litigation to linger for decades, Indians deserve better than the subjectivity that reigns at present.