Pioneer who printed from prison

THE FIRST newspapers everywhere were pamphlets or gazettes that catered to the establishment. The Oxford Gazette, later The London Gazette, was a journal of record for the Crown.

But India’s first editor, James Augustus Hicky, furthered the interests of the citizen against a corrupt and dictatorial state. The struggle landed him in jail, but he continued to publish from prison and faced ruin.

As the British domain expanded after Plassey in 1757, Bengal became the prime presidency, with Madras and Bombay being made subordinate. The governor of Bengal, Clive’s successor Warren Hastings, became governor-general. A supreme court was set up in Calcutta, headed by Sir Elijah Impey.

It was into this setting that Hicky came in with the newspaper. Soon, his weekly publication trod on the toes of the governor-general, the chief justice and other worthies of Calcutta. He found them all corrupt, and started exposing them.

The saga of Hicky’s struggle reads much like the story of any modern editor fighting the forces of tyranny. The principles that Hicky hailed were much the same that modern editors speak of. When they denied him permission to mail his paper through the postal service, he wrote that he will not “bow, cringe or fawn to any of his oppressors”, and that the citizen “should have full liberty to declare his principles and opinions, and every act which tends to coerce that liberty is tyrannical and injurious to the community.” Mind you, these were his words in 1780.

Indeed, Hicky also broke many a law of libel and decency. All the same, one is simply amazed by the cool courage of the first editor who was thrown into jail, and yet got his newspaper printed from jail. It would be hard to believe today that the details about Clive’s infamous forgery, and Hastings’ fraud on the Begums of Oudh were first printed in an Englishman’s paper.

How did he gain that courage? Apparently, from a dogged belief that English law was essentially fair, and that every subject of the Crown, whether in London or Calcutta, deserved to be treated with the same fairness.

The book also gives more than one alternate reading of early colonial India. British and Indian narratives have portrayed Hastings as a man of vision, but in this book Hastings comes out as corrupt, mean, and rapacious. It would even appear that most of the charges that Edmund Burke marshalled in his legendary speech during the impeachment of Hastings were culled out from Hicky’s reports.

A second counter-narrative is that even amidst the tyrannical suppression of rights, there was also an equally powerful surge towards the establishment of a liberal order. Countering an arbitrary Hastings was his entire council who outvoted him every day. Dissenting with the corrupt chief justice was a fair-minded Justice Hyde. Thanks to such progressive forces, Hicky could also challenge the mighty chief justice in the open court, insinuate that the chief justice had been prejudiced against him, convince the jury to his line of thinking, and get acquittals in one or two cases.

Yes, the Hicky story is not just of persecution of an editor; it is the story of the early struggles of a liberal legal system in India, where the Nand Kumar case and the Chait Singh affair are still cited in discourses of jurisprudence. 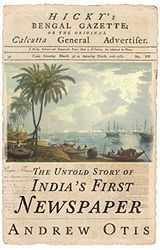