The MG Hector comes laden with several features, from internet inside to a sari guard 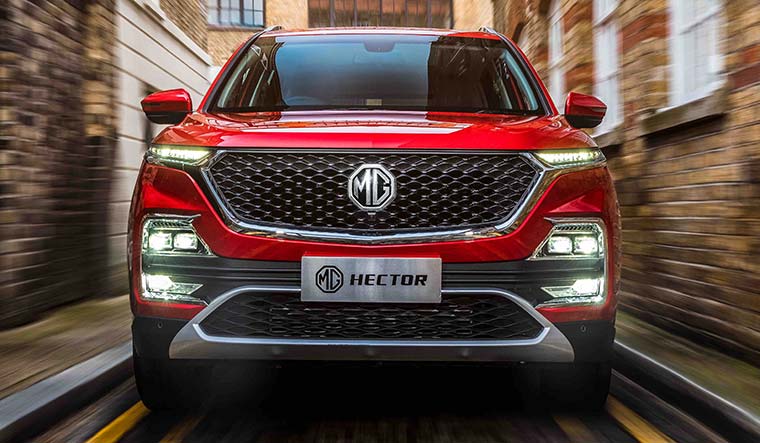 The Birmingham-based iconic Morris Garages, now a subsidiary of the Shanghai-based SAIC Motor Corporation, is gearing up for its debut in India with its first SUV, the Hector. Named after a Trojan prince, the Hector sure looks ready for the tough battle ahead as it takes on the likes of the Tata Harrier and the Jeep Compass.

It is the longest SUV in the five-seater segment, and it has gone all the way to ensure that it is a safe one, too. The two combinations of sheet metal thickness, 1.4mm and 0.7mm, make the door panels really heavy, making you feel very secure inside. The B pillar has been hot-stamped for additional strength and the hi-tensile strength steel makes the vehicle structurally safe. At the base of every door is a black strip, which the carmaker calls the ‘sari guard’. It also keeps dust out. 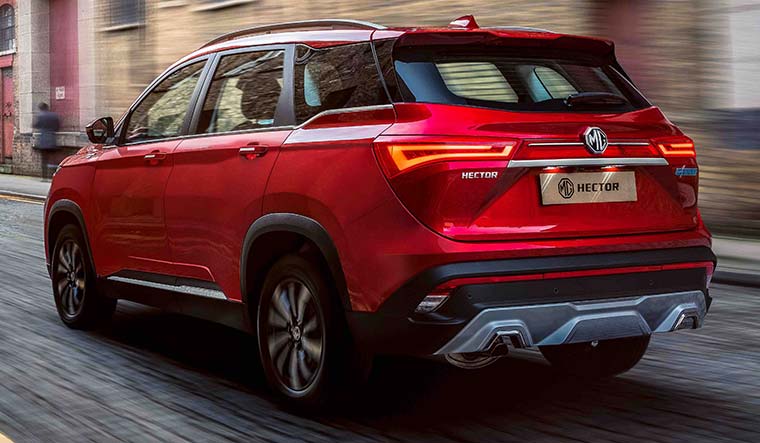 The Hector boasts a 10.4-inch head unit and a 7-inch instrument cluster. There is also a panoramic sunroof that adds to the space inside this already big car. The interiors are in black leather in the top two variants, and fabric in the other two. At the rear, the middle passenger’s comfort has been taken care of—there is an adjustable headrest, a three-point seatbelt, and a reclining feature!

The Hector is a connected car (it comes with an embedded SIM), and with the help of an app called MG iSMART, you can do a bunch of clever things—from getting a complete scan report of your car’s health to geofencing, and remote locking and unlocking (through the phone)­­. With more than 100 voice commands and three ways to activate them, there is never a dull moment in the Hector. 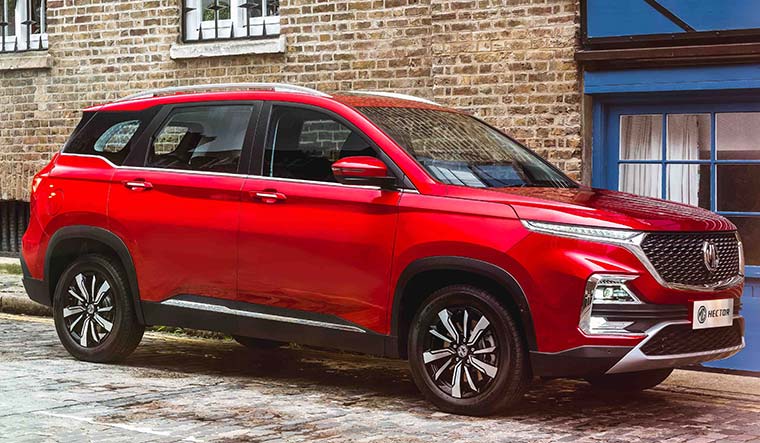 The instrument cluster contains all basic info, and has one not-so-common feature—a fatigue alarm, which can be set depending on when you wish to take a break. With Apple CarPlay and Android Auto, online and offline navigation, over-the-air updates, fast phone charging at the front and the rear, MG has provided almost every conceivable comfort in the Hector.

The 1.5-litre petrol hybrid I drove delivers 143hp @ 5000rpm and 250Nm of torque @ 1600-3600rpm. It comes with a 48-volt hybrid technology, which, MG claims, improves fuel efficiency by 12 per cent and reduce CO2 emission by 11 per cent. During rapid acceleration, I did experience the 48-volt battery coming into play and providing an additional surge of torque. However, unlike the Toyota Camry hybrid, the Hector cannot be driven only in the hybrid mode because it is more of a support system. The 2.0-litre Multijet diesel engine is the same one that powers the Harrier and the Compass, and it belts out 350Nm of torque @ 1750-2500rpm and 170hp @ 3750 rpm.

The Hector’s steering is grippy and precise. It is also light, which may not appeal to many drivers as it does not inspire confidence while driving an SUV this size on the highways. However, it does well in cities. Also, the Hector’s 360-degree camera is configured to work up to the speed of 15kmph, which is a thoughtful touch. The gearboxes on both the petrol hybrid and the diesel feel slightly notchy, especially while slotting them from the second to the third gear. Also, despite the premium cotton felts, insulation on the dash, and MEL sheets on the floor, there is some tyre noise and engine whine that is audible inside the cabin.

With ABS, EBD and ESP as standard safety features even in the base variants, the best-in-segment stopping distance of 45 metres from 100-0 (thanks to all four dual-ventilated disc brakes), and six airbags, the Hector shows MG’s commitment to safety. Then there is all the tech and all those great features that make a pretty strong case for it.

HECTOR VS HARRIER VS COMPASS

The Hector is the longest and the tallest of the three, and it has the biggest boot as well. The Harrier is slightly wider than the Hector. The Compass is the smallest in all aspects.

The Hector petrol version’s hybrid technology makes it more fuel efficient than the Compass. Among the diesels, the Harrier is the most fuel efficient.