Over 200 Women's March events were held across 46 states 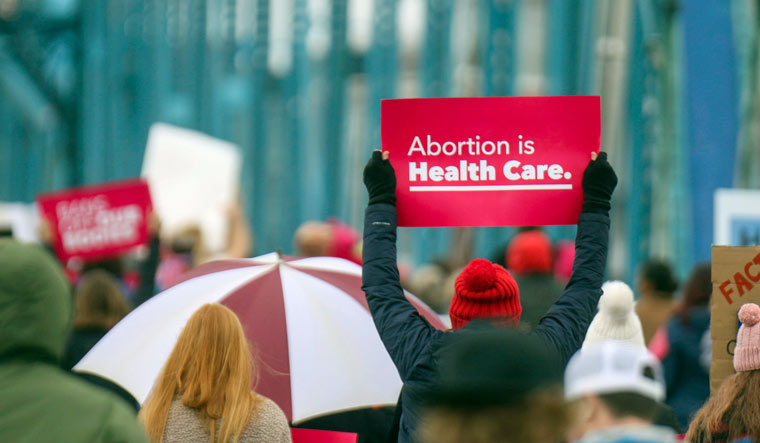 A march makes its way across the Walnut Street Bridge in Chattanooga, Tenn., Sunday, Jan. 22, 2023, to commemorate the 50th anniversary of the Roe v Wade decision | AP

On the 50th anniversary of Roe v Wade, Women's March organised a rally, which drew thousands to the streets in several cities across the US. Roe v Wade is a supreme court ruling that made abortion a constitutional right in 1973, but, it was struck down last year.

Over 200 Women's March events were held across 46 states to protest the court's decision to strike down the ruling. Since the supreme court's startling decision, 14 states have banned or severely restricted abortion.

“Fifty years after the anniversary of Roe v Wade, a radical rightwing movement hijacked our courts and eliminated federal protections for abortions,” Rachel Carmona, executive director of the Women’s March organization, who orchestrated the nationwide events told the Guardian.

Democrats see abortion as a key issue for their party in 2024, when control of the White House and both chambers of Congress will be up for grabs at the same time, AP reported.

Every year since 1973-- the year of the Roe v Wade ruling-- Women's March have been taking to the streets on January 22. The demonstration has been dubbed as 'Bigger Than Roe'.