Who is Viktor Bout, the Russian arms dealer who was swapped for Brittney Griner

The 2005 film Lord of War, starring Nicolas Cage, was loosely based on Bout 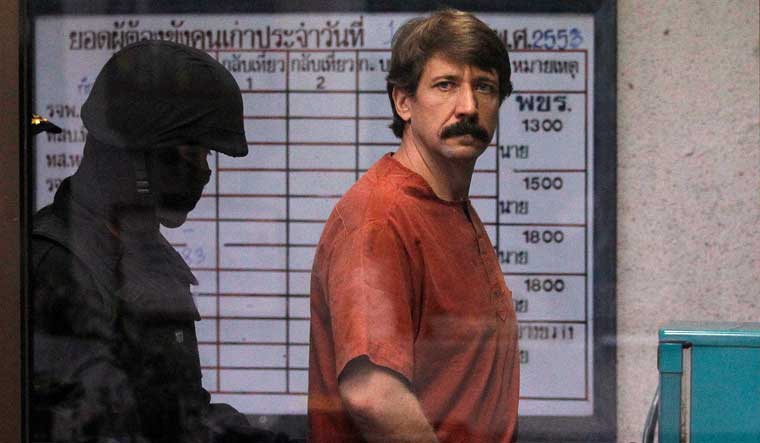 On Thursday, arms dealer Viktor Bout headed home to Russia after he was swapped for the release of Brittney Griner, a US basketball star. This meant Bout walks free after serving just less than half of his 25-year sentence.

But, who is Bout and why is he so important to Russia that its president Vladimir Putin was ready to swap Griner for him? Reports say Bout, a former Soviet air force officer, so notorious that he earned the nickname the 'Merchant of Death.'

Bout, born in Russia in 1967, was arrested in Thailand following a sting operation by the DEA in 2010. He was extradited to the US two years later. The Russian ended up in the US net after the DEA officials posed as potential buyers from the terrorist organisation Revolutionary Armed Forces of Colombia aka Farc.

Bout is said to be closely linked to extremist groups in Afghanistan, Angola, the Democratic Republic of the Congo, Liberia, Rwanda, Sierra Leone, and Sudan. However, Bout claims that he fuelled the conflicts in these countries by being an arms runner and claims he was just an innocent pilot and tradesman who is wrongly accused of the crimes, according to BBC.

A book on Bout, titled 'Merchant of Death' written in 2007 by security experts Douglas Farah and Stephen Braun, said Bout built up his business using military planes left on the airfields of the collapsing Soviet empire in the early 1990s. These aeroplanes were on sale along with their crews after the collapse of the USSR. They were recruited by the terrorist organisations and Bout soon began selling weapons using a number of front companies in Africa, including Liberia.

"[Bout is a] businessman, dealer and transporter of weapons and minerals [who] supported former President Taylor's regime in [an] effort to destabilise Sierra Leone and gain illicit access to diamonds," UN documents state.

Though is said to have supplied weapons to al-Qaeda and the Taliban, he has categorically refused the allegations.

The 2005 film Lord of War, starring Nicolas Cage, was loosely based on Bout's life.

Gout ended up behind bars after receiving 25 years for plotting to kill US officials and citizens. He was also charged with delivering anti-aircraft missiles and aiding a terrorist organisation.

Since then, the Russian government had interfered multiple times and worked hard to obtain his release through potential prisoner swaps with jailed Americans. Finally, it was through Griner that they got him.

As for Griner, her crime was possession of a single gram of cannabis oil which is too minuscule compared to what Bout has been convicted of. But, the pressure on the Biden administration to obtain her release was too big since she ended up being a pawn on the Russian government's hand amid the geopolitical situations triggered by the Ukraine war.