BBC journalist 'beaten and kicked' by Chinese police during protests

Ed Lawrence was covering protests in Shanghai when he was assaulted 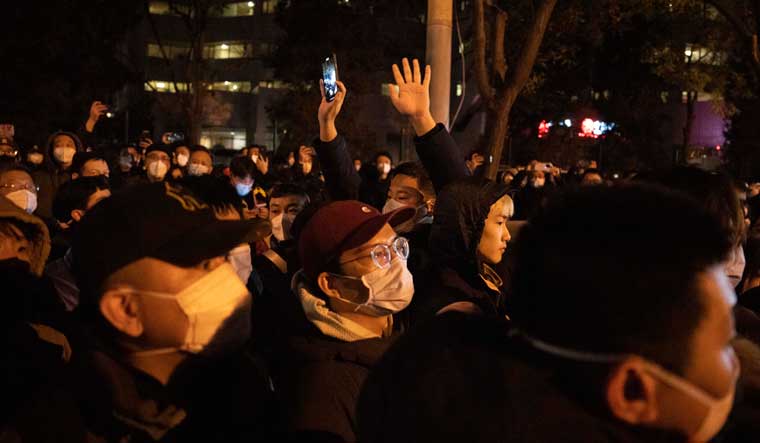 The BBC has said that one of its journalists was assaulted by Chinese police while covering a zero-Covid policy protest in Shanghai. The journalist, Ed Lawrence, was released after several hours.

"The BBC is extremely concerned about the treatment of our journalist Ed Lawrence, who was arrested and handcuffed while covering the protests in Shanghai," a spokesperson for the British public service broadcaster said in a statement.

"He was held for several hours before being released. During his arrest, he was beaten and kicked by the police. This happened while he was working as an accredited journalist," the spokesperson added.

The media organisation added that it has not been given a credible explanation for Lawrence's detention, reported Reuters.

"We have had no official explanation or apology from the Chinese authorities, beyond a claim by the officials who later released him that they had arrested him for his own good in case he caught Covid from the crowd," the BBC statement added.

China's embassy in London has been approached for comment.

A video of the incident showing a man, identified as Lawrence by other  journalists, being arrested by men in uniforms has gone viral since.

This comes as protests over the government's stringent anti-Covid policies are spreading across Chinese cities. Shanghai is one of the cities where protestors have spilled onto the streets, fuelled by anger over the recent apartment fire incident which claimed 10 lives.