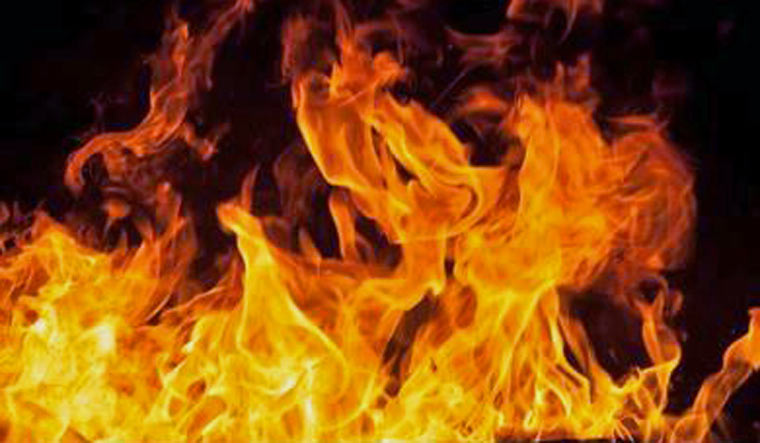 Ten people were killed and nine sustained injuries, on Thursday night, after a residential building caught fire in the Tianshan District of northwest China's Xinjiang Uygur Autonomous Region. The fire broke out in the regional capital of Urumqi, where temperatures have dropped to below freezing after dark. The blaze took around three hours to extinguish.

As per a report by CCTV, a state-owned broadcasting company, an investigation into the cause of the fire is underway.

This incident comes two days after a fire ripped through a factory in Anyang, killing 36 and injuring several others. The fire was caused by welding sparks that ignited cotton cloth.

Four people have been detained over the fire in the city of Anyang and local authorities ordered sweeping safety inspections.

Ageing infrastructure, poor safety awareness and, in some cases, government corruption have led to a series of recent fires, explosions and building collapse around China.