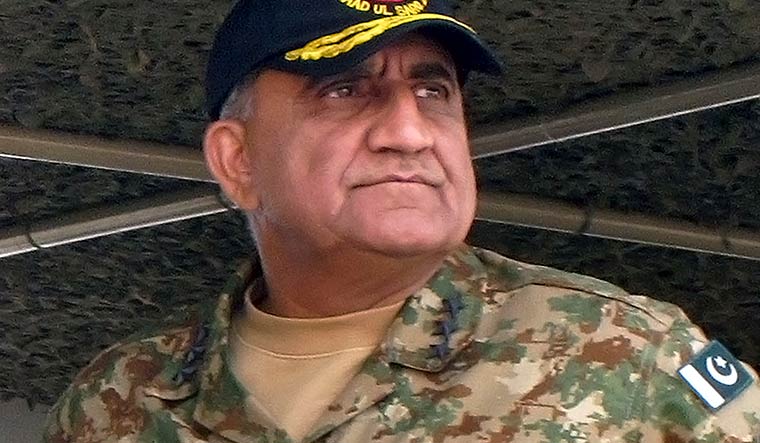 With less than two weeks left for the retirement of General Qamar Javed Bajwa, the Pakistan government is seeking to amend an Act of 1952 to have greater authority over the appointment and retention of the Army chief, according to a media report on Wednesday.

The current army chief Gen Qamar Javed Bajwa will be retiring by November 29 after serving for six years, which included one extension in his term.

The planned amendment of the Pakistan Army Act (PAA) 1952 would empower the prime minister to retain an incumbent Army chief with a simple notification rather than through a complex constitutional process which also requires the President's assent, the Dawn newspaper reported.

The current legislation calls on the government to follow a set procedure to reappoint or extend the tenure of the Army chief, through a summary through the Ministry of Defence, followed by the Prime Minister's approval and a final nod from the President, a senior lawyer was quoted as saying by the report.

The proposed changes were approved by the Ministry of Defence last month and were set to land in a November 11 meeting of the Cabinet Committee for Disposal of Legislative Cases (CCLC) but were cancelled for unknown reasons, the report said.

Lt-Gen Asim Munir, the senior most of those said to be in the running to become the next army chief, is also set to retire a few days before Gen Bajwa's tenure comes to an end.

The appointment of the Army chief may be a routine affair for other countries but in Pakistan, it generates a lot of heat due to the power wielded by the person heading the Army.

There has been an intense ongoing speculation game about the appointment of the new Army chief. The recent visit of Prime Minister Shehbaz Sharif to London where he met his elder brother Nawaz Sharif and his influential daughter Maryam Nawaz added further momentum to the speculation.

Pakistan's former premier and Pakistan Tehreek-e-Insaf chairman, Imran Khan has previously slammed Shehbaz and Pakistan Muslim League-Nawaz (PML-N) supremo Nawaz, and questioned how the Prime Minister could consult with a convict on the appointment of the new Army chief.

Nawaz was in jail serving a term for conviction in a corruption case when he was allowed by the court to leave the country for London in 2019 for medical treatment.

He lambasted the current government by saying that important decisions are taken abroad by those who have plundered the state wealth for the past 30 years".

Generals in Pakistan have directly controlled the power for almost half of the history of Pakistan.

When not in power, some of them pull the strings from behind in a typical game of thrones.