About 6.78 million eligible Israeli citizens will elect their 25th Knesset 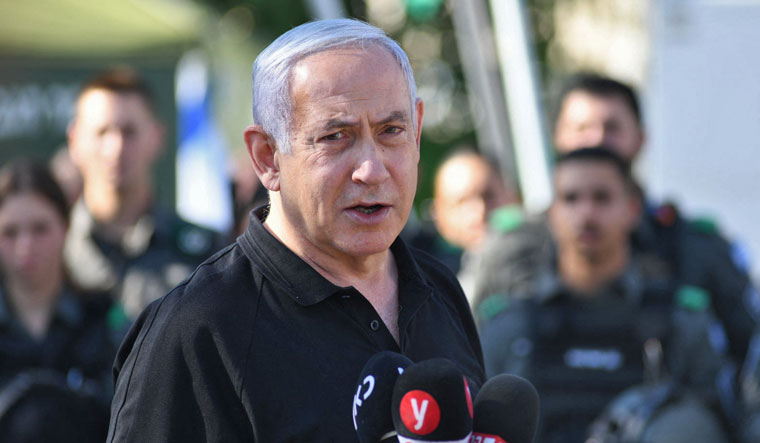 Israelis began voting on Tuesday in the general elections, the fifth in less than four years, to break the political stalemate that has paralysed the country.

Polling booths opened at 7 am local time. Polls will close at 10 pm but official results are not expected until Wednesday. The process of forming the government could drag on for weeks.

Opinion polls predict an incredibly close race with mostly predicting another stalemate, but some giving an edge to the right-wing formation led by former Prime Minister Benjamin Netanyahu looking to make a comeback.

The prospect of the next government seems to be largely hinging on two factors  the level of right-wing polarisation, not necessarily in favour of veteran politician Netanyahu but for him to lead the coalition, and the extent of voter apathy, surprisingly, in the Arab sector.

Netanyahu, 73, Israel's longest-serving prime minister and among one of the most polarising ones whose leadership plagued by charges of graft has been at the centre of current instability, is facing a battle of political survival.

He has so far enjoyed the unflinching loyalty of his Likud party and other right-wing parties that have firmly stood behind him.

There were times when the bloc led by him came tantalisingly close to the magical 61 number in the 120-member Knesset, falling short by just one member.

His main rival, caretaker Prime Minister Yair Lapid, is looking for a strong show for his Yesh Atid party that could help him mobilise those political formations opposed to a Netanyahu comeback.

Lapid last time out managed to cobble such a government bringing in strange bedfellows together, including parties from Left, right and Centre backed for the first time with the support of even an Arab party in an experiment that many saw as historical.

About 40 parties which are contesting are unlikely to get passed the threshold figure of 3.25 per cent votes required to get an entry into the Knesset.

Some 210,720 new voters will be able to vote for the first time, accounting for about four to five seats, adding an interesting dimension to the polls.