Election trackers predict Republicans are clearly winning back the House 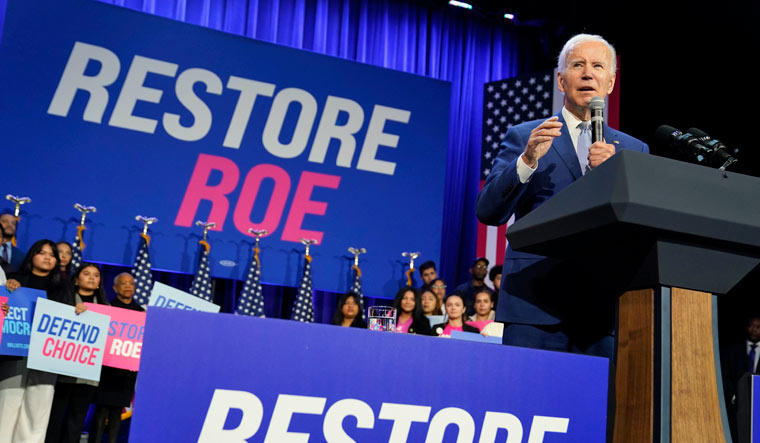 With barely three weeks left for the US midterm elections, it's 'Advantage GOP.' Early forecasts see doom for the Democrats, who are burdened by rising inflation and a flailing economy. If the latest poll numbers are anything to go by, the writing on the wall is clear: Republicans are winning back the House of Representatives on Nov 8.

Earlier this week, a New York Times/Siena College poll found that Republicans are gaining an edge as the election approaches. While 49 per cent of likely voters said they planned to vote for a Republican, 45 per cent said they would vote for a Democrat.

The marked change happened on the sides of the women who identify themselves as "independent voters." Hot on the heels of the controversial Dobbs decision, the women were backing Democrats by 14 points, but no more.

The independent women have now shifted to the Republican side by 18 points, nullifying whatever edge the Democrats gained from the intense polarization of Americans after the verdict.

"I’m shifting more towards Republican because I feel like they’re more geared towards business," Robin Ackerman, a 37-year-old Democrat and mortgage loan officer who lives in Delaware, told The New York Times. She said she disagreed "1,000 per cent" with the Supreme Court’s decision to overturn Roe v. Wade but is now worried about "other things."

As for President Joe Biden's rating, things are equally bad. According to New York Times/Siena College poll, 45 per cent of likely voters strongly disapproved of Biden and 90 per cent of those voters are going to the Republican camp. Though he has a shred of hope with the 50 per cent of voters who said they 'somewhat disapprove' of Biden, things may go either way.

The FiveThirtyEight predictions too are not favourable to Biden either. The president's rating has declined and is currently at 53.2% disapprove and 42.3% approve.

In a nutshell, things are not favouring the Democrats, who are now facing losing both the House and the Senate. If that happens, what awaits them is two years of legislative obstruction.