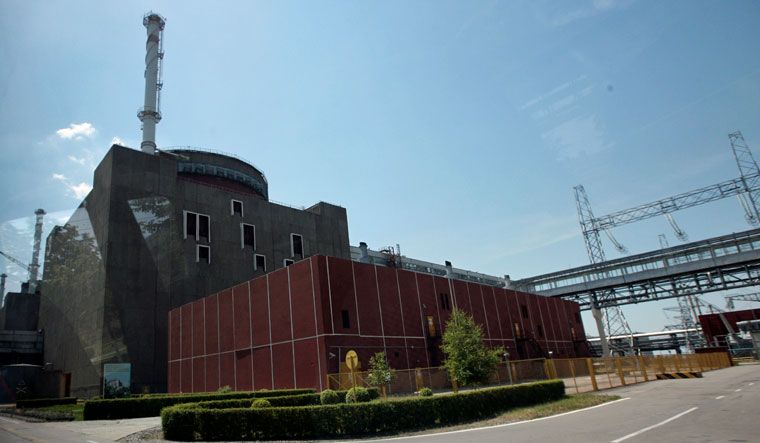 [File] A power-generating unit at the Zaporizhzhia nuclear power plant in Enerhodar, in southern Ukraine | Reuters

On Tuesday, the Russian-controlled officials in the southern and eastern occupied territories of Ukraine announced victories in the referendums held last week. They claim an unprecedented majority of voters said 'yes' to joining Russia.

The process, though called a 'sham' by the west, has set in motion the Russian plan to annex these regions, which are over 15 per cent of the Ukrainian territory. One of the Ukrainian territories that will soon become a part of the Russian Federation is Zaporizhzhia, home to Europe's largest nuclear plant. The Russian proxy government claims the local poll body in the southern Zaporizhzhia region had 93.11 per cent of voters opting for Russian annexation.

With annexation on the cards, the fate of the Zaporizhzhia nuclear power plant (NPP) is uncertain. The plant, located on the eastern bank of the Dnipro river, has been under Russian control since the beginning of the war but is still being operated by Ukrainian workers.

Though the plant has been witnessing intense shelling and explosion, experts don't think anything disastrous would happen, at least for now. Reason: Russia hopes to use the plant to serve its own electricity market. Analysts from defence and security intelligence firm Janes believe Russia would likely keep the plant, thereby depriving Ukraine of 20 per cent of its domestic electricity-generating capacity. Last year, the Zaporizhzhia NPP produced 23 per cent of all electricity in Ukraine. Annexation of the region would only this acquisition process easier.

The power plant is held by the Russian military since March 4 and Moscow has already brought in some of its own nuclear engineers and experts. But, Kyiv claims the systems are different and only trained staff can handle them safely.

Last month, Ukrainian operator Energoatom had warned that Russian forces occupying the Zaporizhzhia NPP were preparing to connect to Crimea by reorienting its electricity production.

But, that process isn't an easy one. For that to happen, Russia has to disconnect the plant from the Ukrainian grid and integrate it into the Russian grid via Crimea.

"To safely disconnect the Zaporizhzhia nuclear power plant from the Ukrainian grid and safely connect it to the power grid of Crimea, it would take a technically complex desynchronization and subsequent synchronization, disconnecting one line at a time," Mariia Tsaturian, a senior official at Ukrenergo, the electricity transmission system operator, told DW.

Though Russia hasn't officially spelt out any plans as to what they intend to do with the plant, the annexation would pose another problem for Kyiv. Ukraine has commitments to European countries and needs the plant to enable the export of electricity to Europe via Romania and Slovakia. This means Europe is in for a harsher winter for both Ukraine and European Union.

"Ukrainian power plants now use American-designed fuel produced by Westinghouse. The representatives of Rosatom—Russia’s State Atomic Energy Corporation—present at the NPP demonstrated a deep interest in the technological characteristics of Westinghouse fuel. And they are also interested in NPP’s automatic control systems, which also were supplied by the U.S. Considering that Rosatom is one of the biggest global nuclear power developers, this takeover could involve industrial espionage and theft of technologies," Prokip wrote in a blog post published in Wilson Center.

Meanwhile, as the safety of the plant is still under a cloud, the International Atomic Energy Agency (IAEA) officials have stepped in. According to Rafael Grossi, head of IAEA, he was ready to continue talks in Ukraine and Russia to set up a security zone around a key nuclear power plant.