After Sharif rakes up Kashmir at UNGA, India responds 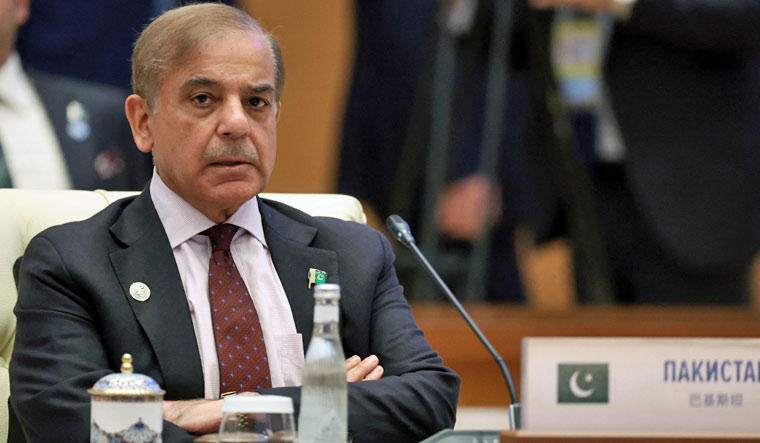 In a strong response to Pakistan, India has said in the UN General Assembly that a country that claims to seek peace with its neighbours would never sponsor cross-border terrorism nor would it shelter planners of the horrific Mumbai terrorist attack, disclosing their existence only under pressure from the global community.

India exercised the Right of Reply in the UN General Assembly on Friday to respond sharply to Pakistan Prime Minister Shehbaz Sharif, who had raked up the issue of Jammu and Kashmir during his address to the high-level General Debate earlier in the day.

It is regrettable that the Prime Minister of Pakistan has chosen the platform of this august assembly to make false accusations against India, First Secretary in the Permanent Mission of India to the UN Mijito Vinito said in the Right of Reply. He has done so to obfuscate misdeeds in his own country and to justify actions against India that the world considers unacceptable, the young Indian diplomat said.

Pakistan is looking for peace with all its neighbours, including India, but sustainable peace and stability in South Asia remain contingent on a just and lasting solution to the Kashmir dispute, Sharif had said on Friday.

In his address to the high-level UN General Assembly session, Shehbaz claimed that India's illegal and unilateral actions on August 5, 2019 to change the special status of Jammu and Kashmir further undermined the prospects of peace and inflamed regional tensions. "Pakistan needs a stable external environment. We look for peace with all our neighbours, including India. Sustainable peace and stability in South Asia, however, remains contingent upon a just and lasting solution of the Jammu and Kashmir dispute," he said.

"I think it's high time that India understood this message loud and clear that both countries are armed to the teeth. War is not an option. It is not an option. Only peaceful dialogue can resolve these issues so that the world becomes more peaceful in time to come," he said.