Media outlets in the US praised the Indian prime minister 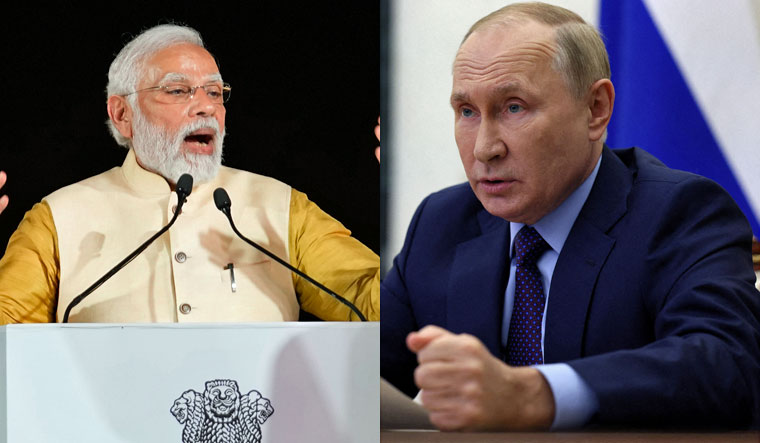 After Prime Minister Narendra Modi's publicly televised speech on Saturday, where he told Russian President Vladimir Putin that "this is not the time for war", media outlets in the US praised the prime minister.

The New York Times reported that the speech underlined Russia’s widening isolation on the world stage. "The distancing from Putin by the heads of the world’s two most populous countries [India and China]—both of which have been pivotal to sustaining Russia’s economy in the face of Western sanctions—punctured the Kremlin’s message that Russia was far from a global pariah," the publication reported.

"Modi rebukes Putin over war in Ukraine," The Washington Post reported in a headline. "In a stunning public rebuke, Modi told Putin: Today's era is not an era of war, and I have spoken to you on the phone about this," the daily reported.

Russian President Vladimir Putin is isolating himself from the international community, the White House said Friday a day after Modi's remarks.

"I think what you heard in Uzbekistan by both the leaders of China and in India are indicative of the fact that Putin doesn't have a whole lot of sympathetic ears out there to what he's been doing in Ukraine," John Kirby, Coordinator for Strategic Communications at the National Security Council in the White House, told reporters at a news conference.

"This was supposed to be a show of unity around Vladimir Putin, and the Indian prime minister just told him that it is not the time for a war in Ukraine. So is it your view that maybe the alliances that Putin was able to forge or to maintain around the war in Ukraine are, you know, weakening or crumbling?" a reporter asked Kirby. "And do you expect other countries to change their stance publicly like India just did," he asked.

"He [Putin] is only further isolating himself from the international community. We don't believe that now's the time to be doing any business as usual with Russia with respect to what they're doing in Ukraine," Kirby said.