'Unless China is capable of countering US military power, it won't invade Taiwan' 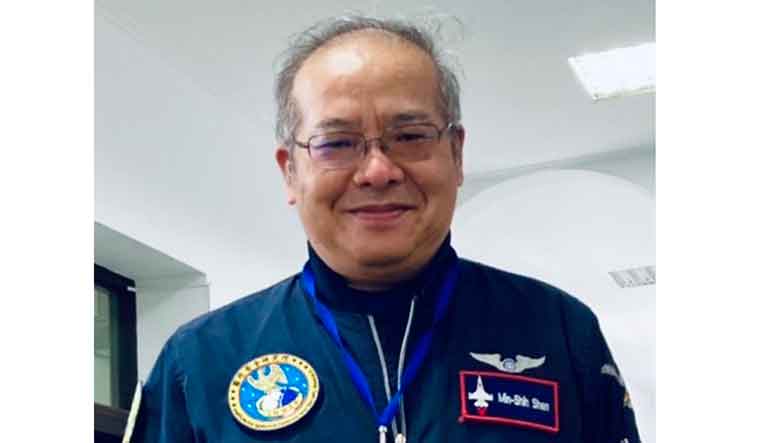 Taiwan is getting military assistance from the United States in the form of exchanges and cooperation in joint training. As part of this, the United States sends its marine corps officers and advisors to Taiwan, besides platoon-level training in Hawaii where the US marines also get trained.

“This does not mean that the US special forces are training Taiwanese army,” Shen Ming-shih, acting deputy CEO of Taiwan’s Institute for National Defense and Security Research told THE WEEK. Small military training cooperation and sharing of tactical ideas become most important in the face of China’s aggression on the Taiwan Strait. Shen also does not rule out close cooperation in the future event of a war.

Q: There are reports that US special forces are giving training to the Taiwanese military.

I will not say that the American special forces are training the Taiwanese military. But Taiwan has exchanges and cooperation with the US military in the form of joint training where the US also sends its marine corps officers and advisors to Taiwan and there are platoon level training in Hawaii where the US marines also get trained. We have cooperation and exchange programmes for cadets, senior officers who join the course of different US service's war colleges, command and staff colleges and so on. The US is also sending its active and retired officers for observing Taiwan joint training exercises. But to say that the Americans are training Taiwanese soldiers as part of Taiwan’s military operation plan would be not accurate enough.

Q. With which countries does Taiwan have good military cooperation ?

Taiwan has good military relations and intelligence exchanges with several countries even if it is not through formal diplomatic channels. There are military intelligent exchanges, defence industrial cooperation, military education exchange and high-level security dialogues with countries like the US, Japan, NATO and many other countries in southeast Asia and the Middle East. We have some bilateral cooperation already with India and look forward to having increased cooperation and dialogue.

Q. Is Taiwan studying Ukraine war closely? What are the lessons?

The lessons learned from the Ukraine war are very important for all countries, especially Taiwan. It is a lesson that in asymmetric war, the use of urban guerilla warfare can defend against an attack from as big as a country as Russia. While the Russians wanted to finish the war in one week, it is more than six months now. So if Taiwan wants to protect itself, it must study the Russia-Ukraine war. In addition to that, relevant reports on mobilisation systems, drone operations, long-range precision strikes, internal security, and information warfare have been published and included in annual exercises of this year for experimentation.

Q. Do you think the present Chinese drills in Taiwan strait are linked to its goals of unification by 2027 when PLA celebrates its centenary?

I do not see any CCP official documents saying that 100 years achievements of PLA include invasion of Taiwan but that does not deter the Chinese military from doing so. Today, China has military superiority over Taiwan and if it wants to attack the island, it does not have to wait till 2027. What Xi really wants to do is to have military reforms for army, navy, and air force and complete modernisation of these forces to surpass the United States to emerge stronger. Because China knows that if it invades Taiwan, the US will intervene in some way according to the Taiwan Relation Act. So unless China is capable of countering the US military power, it will not invade Taiwan. What we can see right now is that the top leadership is busy with the 20th Chinese Communist Party Congress and may not want to confront the US.

Q. Dozens of Chinese aircraft entered ADIZ of Taiwan. What are the implications?

In the last two years, the Chinese disposition towards the ADIZ has been one of deliberate undermining of its sanctity and sovereignty. The symbolic significance of the ADIZ has been completely eroded to show that the Taiwan Strait does not indeed have a median line anymore and belongs to the China sea. The aim is also to create fatigue in the Taiwanese armed forces and test their military logistics and readiness to the point of confusing them. If the burden impacts the Air force and Navy fleets, then a simulated strike can be carried out by increasing the fear among people. It is natural that when China flies 20-40 airplanes every day and invalidates the median line, there is confusion and lack of morale among forces and people. Another aspect is that the people of Taiwan get so used to it that they are not aware of the real intent when the attack happens. This way they may not be prepared when the real action takes place.

Q. Does Taiwan have the ability to defend itself if an invasion takes place? Or it is relying heavily on the US?

China wants to invade Taiwan since 1949, so the Taiwanese military has been preparing itself for a long time. Whether or not the Taiwanese forces have the capability to match the Chinese military depends on the strategy they use. If it is a large-scale invasion, then Taiwan cannot defend itself with 200 thousand soldiers against a 2 million-strong Chinese army. But if it is an asymmetric war with a high will of fighting, then it can be difficult to predict that China will win the war. We have seen in the case of Russia’s attack on Ukraine that the desired result was not achieved. If China decides to launch an amphibious attack and sends its marine corps, then it will have to factor in its transportation capabilities which I feel are low at this stage.

The existing Taiwan military operations do not include the role of the American military. The Taiwanese military forces will fight independently based on the Ku AnOperation Plan and if the US is willing to assist then it will be the C4ISR and some ammunition and platforms that can be supported by the Americans.

Q. Is China winning the perception game by creating fear not just in Taiwan but other countries?

China has been playing the perception war game well. It has created fear around the world but this does not mean it is winning it. It can only win the war if it manages to convince other countries and get their support and recognition of its actions. But what we are seeing is that China is becoming more isolated internationally. So, it is not succeeding in what it is trying to do. It is difficult for authoritarian countries to use propaganda to reshape their image. The failure of the Belt and Road Initiative also makes many countries not believe in China’s cognitive war.