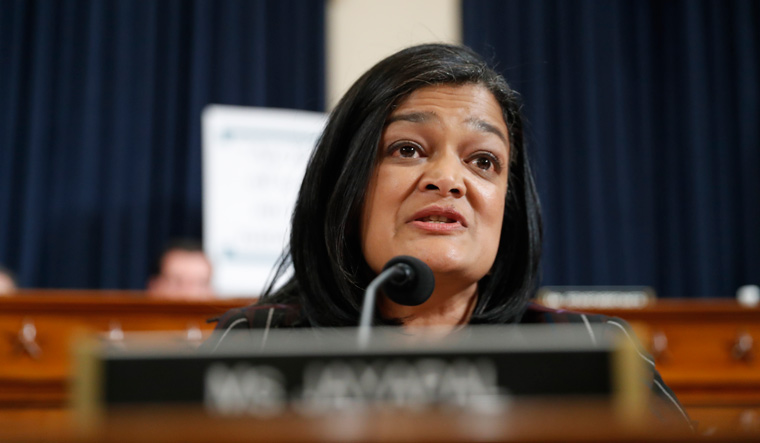 Indian-American Congresswoman Pramila Jayapal has said that she has been receiving abusive and hate messages over the phone from a male caller who even asked her to go back to India.

On Thursday, Chennai-born Jayapal posted a collection of five such audio messages.

In all the messages, portions of which have been redacted because of obscene and abusive content, the male caller is heard threatening her with dire consequences and in one instance she is being asked to go back to her country of origin India.

Jayapal, 55, is the first-ever Indian-American Congresswoman who represents Seattle in the US House of Representatives.

Typically, political figures don't show their vulnerability. I chose to do so here because we cannot accept violence as our new norm. We also cannot accept the racism and sexism that underlies and propels so much of this violence, Jayapal, from the Democratic Party, said in a tweet.

Early this summer, a man with a pistol had shown up outside the Congresswoman's house in Seattle. The man, identified by police as Brett Forsell, 49, was arrested later.

This is the latest such incident of hate crime against the Indian-American community in the US.

On September 1, An Indian-American man has been racially abused by a compatriot in California who hurled racist slurs that he is a "dirty Hindu" and a "disgusting dog''.

On August 26, four Indian-American women were racially abused and smacked by a Mexican-American woman in Texas who hurled racist slurs at them that they are "ruining" America and should "go back to India".

The incident took place in a parking lot in Dallas, Texas. The woman, identified as Esmeralda Upton, has been arrested.