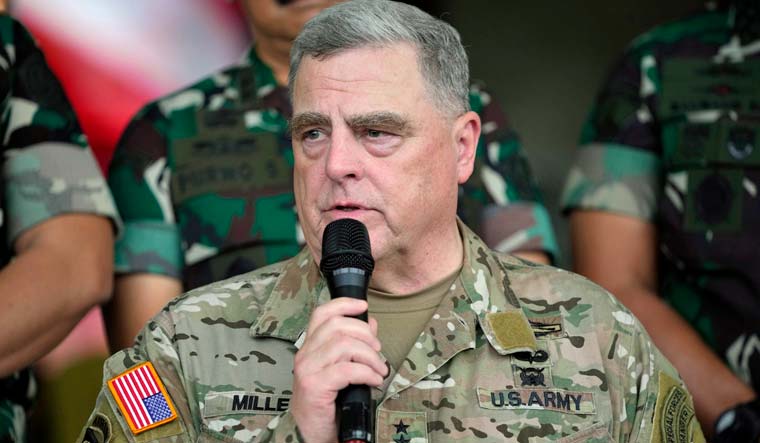 US Chairman of the Joint Chiefs of Staff Gen. Mark Milley | AP

A US top military officer General Mark Milley has said that the Chinese military has become significantly more aggressive and dangerous in the past five years. The chairman of the joint chief of staff made the remark during a trip to the Indo-Pacific that included a stop in Indonesia, the Guardian reported.

“The message is the Chinese military, in the air and at sea, have become significantly more and noticeably more aggressive in this particular region,” said Milley. He added that the intercepts by Chinese aircraft and ships in the Pacific region with the US and other partner forces had increased significantly over time, and so had the number of unsafe interactions.

Milley had recently asked his staff to compile a report on interactions between China and the US and others in the region. President Joe Biden's administration has been trying to counter China's presence in the Pacific region. China has been trying to increase its presence and influence in the Pacific. Washington has called China its "pacing threat".

Milley on his trip to Sydney on Sunday met with chiefs of defence in the Indo-Pacific region. The key topics of discussion were the need to maintain a free, open and peaceful Pacific; Taiwan and China's escalating military growth.