Eiffel Tower is riddled with rust and needs repairs

Originally, the tower was expected to be dismantled after 20 years 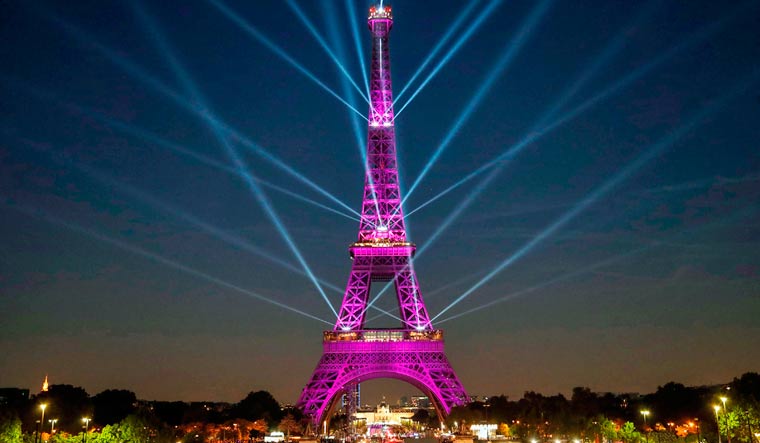 Eiffel Tower during a light show celebrating the 130th anniversary of its construction, in Paris | AFP

One of the world's iconic landmarks, the Eiffel Tower, is reportedly in need of repairs. The tower is riddled with rust. The tower instead, is being given a 60-million-euro paint job ($ 62.3 million) ahead of the 2024 Olympic Games in Paris, CNN reported.

When it was completed in 1889, the 'Iron Lady of Paris' was expected to be dismantled after 20 years. The fourth most-visited monument will be getting painted for the 20th time. The structure is however in need of full repairs, Marianne magazine reported. Originally, 30 per cent of the tower was to be stripped and applied with two coats of paint, but, the Covid-19 pandemic and the presence of old lead paint would mean that only 5 per cent would be treated.