"I know a lot of people thought I was maybe exaggerating," said Biden 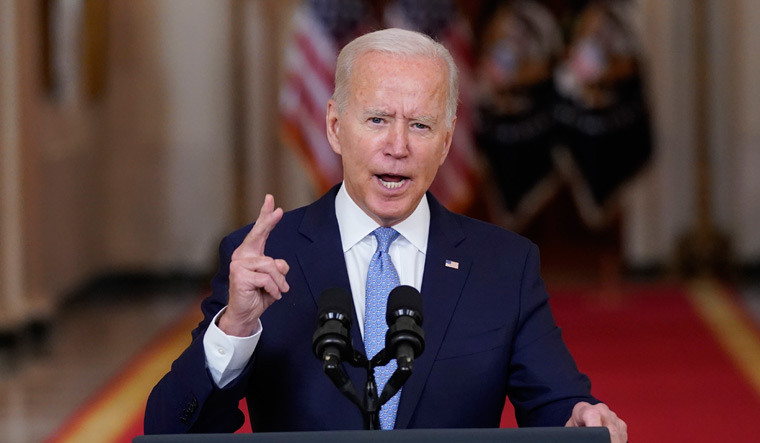 Speaking about the war in Ukraine, US President Joe Biden said that Volodymyr Zelenskyy did not want to listen to US intelligence that claimed that Russia was preparing to invade. "I know a lot of people thought I was maybe exaggerating. But I knew we had data to sustain he meaning Russian President Vladimir Putin was going to go in, off the border. There was no doubt," Biden said. "And Zelenskyy didn't want to hear it."

In the early days before the invasion, Biden had sounded the alarm on the possibility of Russian troops launching an assault on Ukraine. The latter had then asked Washington to abstain from spreading rumours.

Now, the war has completely shifted to the nation's east. Up to 200 Ukrainian soldiers are being killed every day in Russia's military onslaught, according to an advisor to Ukraine's president and only more and more advanced Western weaponry will turn back the Russian offensive, reduce the casualties and force Moscow to the negotiating table.

Mykhailo Podolyak told the BBC in an interview aired on Thursday that the daily loss of between 100 and 200 Ukrainian soldiers is the result of a complete lack of parity" between Ukraine and Russia, which has thrown pretty much everything non-nuclear at the front" in its bid to advance in Ukraine's eastern Donbas region and beyond.

Recently Ukrainian President Volodymyr Zelenskyy put the daily death toll at up to 100, but Podolyak said it had grown. Ukrainian officials have pointed at the mounting losses to emphasise their demand for more Western weapons, which have been critical to the country's unexpected success in holding off the larger and better equipped Russian forces. After a bungled attempt to overrun Kyiv in the early days of the war, Russia shifted its focus to the Donbas region of coal mines and factories. But its progress there has been plodding.