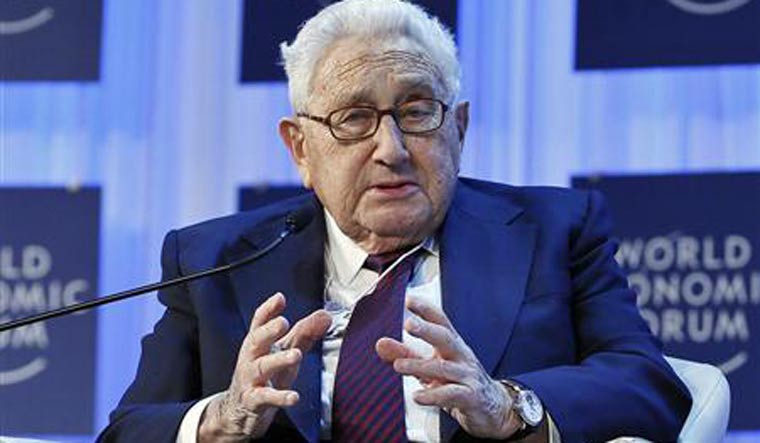 Former US Secretary of State Henry Kissinger, at the World Economic Forum (WEF) at Davos, on Monday, said that Ukraine should give up territory in a bid to find a peace deal. The 98-year-old said that unless negotiations begin, there will be upheavals.

“Ideally, the dividing line should be a return to the status quo ante. Pursuing the war beyond that point would not be about the freedom of Ukraine, but a new war against Russia itself,” Kissinger told the Daily Mail. He added that it would be fatal to forget Russia's position of power in Europe and if the West got swept up in 'mood of the moment'.

Ukrainian President Volodymyr Zelenskyy had, in a speech at the WEF said that he would not be willing to meet anyone but Putin to discuss how to end the war. "Parties should be brought to peace talks within the next two months. Ukraine should've been a bridge between Europe and Russia, but now, as the relationships are reshaped, we may enter a space where the dividing line is redrawn and Russia is entirely isolated. We are facing a situation now where Russia could alienate itself completely from Europe and seek a permanent alliance elsewhere. This may lead to Cold War-like diplomatic distances, which will set us back decades. We should strive for long-term peace," Kissinger said.

At the forum, Kissinger said that the US and China should try to avoid putting Taiwan at the centre of their diplomatic relationship. “The United States should not by subterfuge or by a gradual process develop something of a ‘two-China’ solution, but that China will continue to exercise the patience that has been exercised up until now,” he told CNBC. His statement comes after current President Joe Biden said that the US will intervene militarily if China invades Taiwan.