Who is French PM Elisabeth Borne? What challenges does she face?

Borne is known to be a workaholic 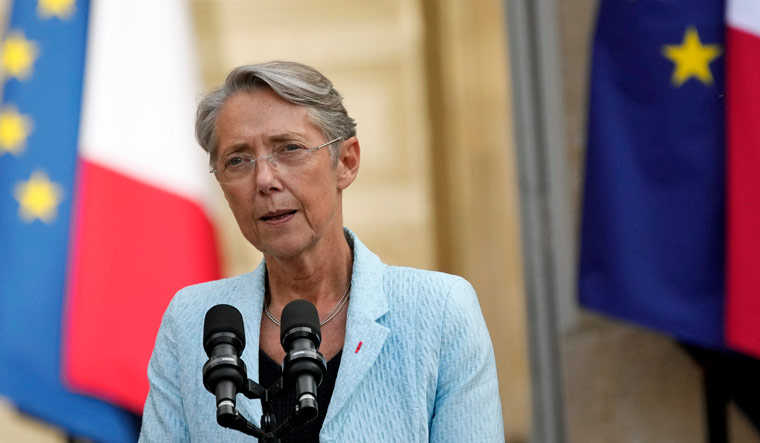 French President Emmanuel Macron has picked Labour minister Elisabeth Borne to be his new prime minister. This is the second time in 30 years that a woman has been picked for the post. The presidential elections that won Macron a second term had a low voter turnout. Also, Macron won by a small margin, with support divided between the far right and far left.

He was therefore looking for someone with green and socialist policy credentials.

61-year-old Borne is a soft-spoken bureaucrat who has served Socialist ministers. Borne, for a short while in 2019, was environment minister. She pushed to install a bicycle culture in France. She was also in charge of the Labour Ministry, where she negotiated with unions that resulted in a cut in unemployment benefits.

Former Prime Minister Jean Castex, at the transition of power ceremony, said, "The role of prime minister is not exempted from public exposure and criticism, dear Elisabeth, people even say that's what it had been created for,” DW reported. Under Borne's leadership as labour minister, unemployment fell to its lowest level in 15 years.

As Prime Minister, she faces the task of negotiating with France's muscular unions to further Macron's election pledge to raise the retirement age to 65. Jean-Luc Melenchon, who had substantial support during the first round of the presidential elections tweeted, “Mrs Borne is against raising minimum wages and for retiring at 65. Here we go for a new season of social mistreatment."

Borne has worked on urban planning at Paris city hall under mayor Bertrand Delanoe. She has served as an adviser to ministers under former president François Mitterrand and has advised environment minister Ségolène Royal in 2014. Raised in Paris, Borne has a degree in engineering.

Known for her negotiating skills, she will help Macron see through some tough reforms.

With Borne's help, Macron hopes to appeal to extreme left voters and group Macron's centrist government through the parliamentary elections.

According to a Borne staffer, she is known to be a workaholic.