Britain said there will be increased sharing of intelligence, and military exercises 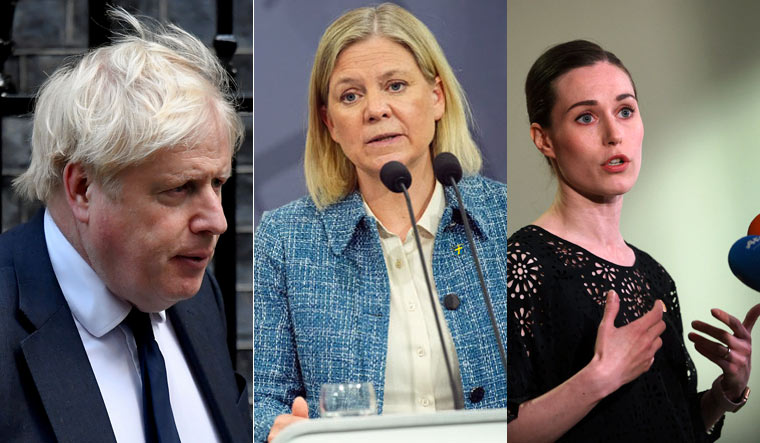 British PM Boris Johnson, on Thursday, said that he had agreed to new deals with Sweden and Finland and promised the countries troops should they come under attack. The deals are yet to be signed. The new declarations are being described by Britain as “a step-change in defence and security cooperation.” Johnson will sign the agreements on his visit to Sweden and Finland today.

“What we are saying, emphatically, is that in the event of a disaster or the event of an attack upon Sweden, then the U.K. would come to the assistance of Sweden with whatever Sweden requested,” Johnson told Reuters. NATO allies in the meantime, expect Finland and Sweden to apply to join the alliance, which is expected to be accepted quickly. Finland and Sweden, however, will not benefit from NATO's collective clause that an attack on one ally would mean an attack on all unless the parliaments of all 30 member states have ratified the decision.

“In times of crisis, cooperation becomes even more important,” Sweden's PM Magdalena Andersson said. “If either country should suffer a disaster or an attack, the United Kingdom and Sweden will assist each other in a variety of ways. The support will be given on request by the affected country and may include military resources,” she added post her meeting with Johnson.

In the statement, Britain said there will be increased sharing of intelligence, and military exercises, training and deployment. Britain and Finland already have close ties with Britain. They, along with Britain are a part of the Joint Expeditionary Force, a multinational military group focused on security in the High North, North Atlantic and Baltic Sea regions. Sweden and Finland have received similar assurances from Germany and the US as well.