Russia would use nukes if it faces 'existential threat': Putin's spokesperson

Peskov says Russia has only attacked military targets in Ukraine 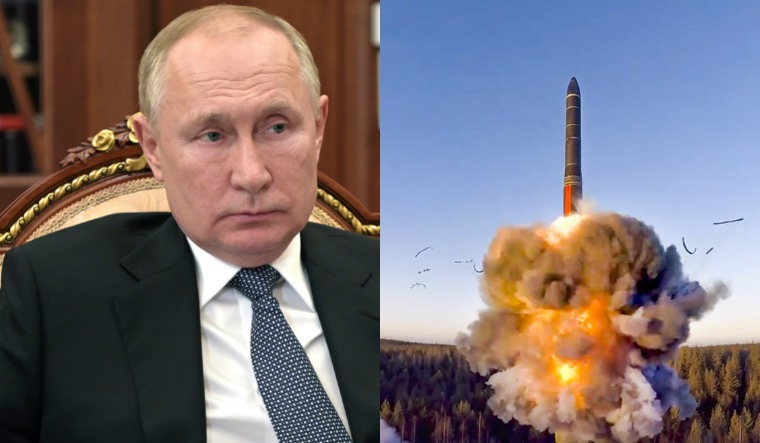 A collage of Vladimir Putin and a Russian missile test | AP

Ever since he ordered the invasion of Ukraine last month, Russian President Vladimir Putin has engaged in nuclear sabre-rattling to deter NATO. In late February, Putin announced he had ordered officials to place the army's deterrence force on “combat alert”. Russia's nuclear weapons form part of its deterrence strategy.

On Tuesday, Putin's chief spokesperson referred to the conditions under which Moscow could use nuclear weapons. In an interview on CNN, Dmitry Peskov said “Well, we have a concept of domestic security, and it's public. You can read all the reasons for nuclear arms to be used. So if it is an existential threat, a threat for our country, then it can be used in accordance with our concept.”

Peskov appeared to concede that Putin had yet to achieve his goals with the invasion of Ukraine. However, he argued the operation was “going on strictly in accordance with the plans and the purposes that were established before hand”.

Peskov reiterated Putin's main demands with the operation: “Get rid of the military potential of Ukraine”, ensure Ukraine was a “neutral country” and to get rid of “nationalist battalions” in order to force Ukraine to accept the annexation of Crimea and recognise Luhansk and Donetsk as independent states.