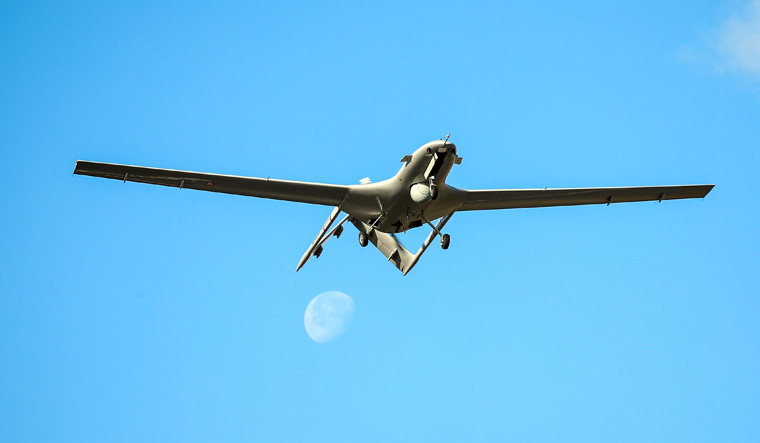 Ukraine's Defence Minister Oleksii Reznikov on Wednesday announced his country was continuing to receive supplies of weaponry from the West as the Russian invasion entered the sixth day.

Reznikov had spoked to US Secretary of Defense Lloyd Austin on Tuesday night. The US Department of Defense announced Austin emphasised the continued provision of “defensive security assistance” to Ukraine.

In a post on the Facebook account of the General Staff of the Armed Forces of Ukraine, Reznikov referred to his conversation with Austin. Reznikov claimed “Even the experienced American military is delighted with the professionalism of our defenders and the resilience of our people. The amount of help we receive is increasing. The number of countries that provide their assistance is increasing. Even those countries, considered impossible to assist, now are joining.”

Referring to weapons' supply, Reznikov said “New Bayraktars have already arrived in Ukraine and are on combat duty. There will be more Stingers and Javelins.” The Bayraktar is a drone made by Turkish company Baykar. Designated as the Bayraktar TB2, the drone is capable of being airborne for over 24 hours and can carry light anti-tank missiles and small bombs to attack targets on the surface. Since the invasion began, the Ukrainian military had shared multiple video clips of its Bayraktar drones hitting Russian supply convoys and other equipment.

The Javelin and Stinger are both missiles manufactured in the US. The Javelin is a short-range anti-tank missile, while the Stinger is a shoulder-fired anti-aircraft missile that can engage enemy aeroplanes and helicopters. The US and other NATO nations are providing stocks of the two weapons to Ukraine.

The UK has provided an anti-tank missile called the NLAW that was jointly developed by the UK and Sweden. On Tuesday, the Facebook account of the General Staff shared images of Ukrainian NLAW and Javelin stocks. It claimed Russia had lost 200 tanks and 850 armoured vehicles but “thousands of NLAW and Javelin are still waiting for their time”.

In January, the US delivered about 300 Javelin missiles to Ukraine, while the UK has provided around 2,000 NLAWs.

Light weapons such as the Stinger, Javelin and NLAW are expected to become crucial as Russia besieges various cities such as Kiev and Kharkiv. While they are not expected to defeat the Russian invasion, these weapons can inflict significant costs on Russian land and air forces.

The Ukrainian General Staff announced that as of early Wednesday, more than 5,840 Russian personnel had died in the invasion, while 211 tanks and 862 armoured vehicles had been destroyed. The General Staff said “30 odd” planes and 31 helicopters had been shot down.