Zelensky has refused US offer to help leave Kyiv?

US intelligence believes Russian 'hit teams' were in Kyiv by January 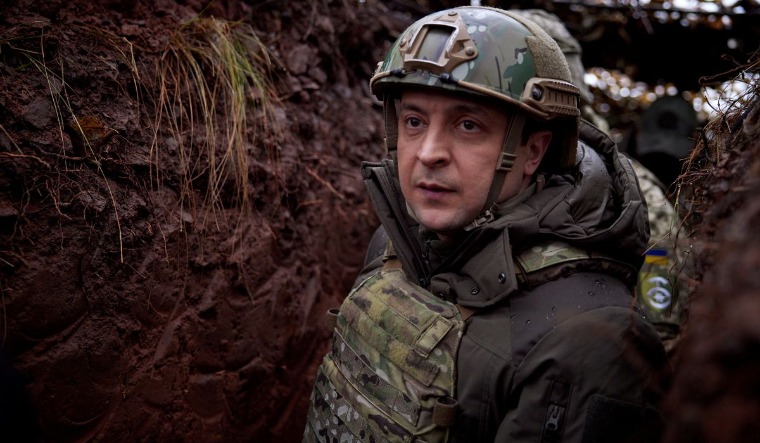 Ukrainian President Volodymyr Zelensky announced early on Friday that Russia had marked him as “target No 1”, indicating he was at personal risk.

The Washington Post has reported that Zelensky had been warned by the US for weeks over threats to himself. The publication reported CIA director William J. Burns, who met Zelensky in January, had warned the Ukrainian president to take his security seriously.

As fighting continues closer to Kyiv, the US is apparently ready to help Zelensky evacuate. “The U.S. government is prepared to help Ukrainian President Volodymyr Zelensky leave Kyiv to avoid being captured or killed by advancing Russian forces, according to U.S. and Ukrainian officials. But so far, the president has refused to go,” The Washington Post reported.

US intelligence believes Russian 'hit teams' were in Kyiv by January, long before the conflict started.

“We have been making him aware not only of the threat of Russian invasion, now a reality, but also the threat to him personally. We stand ready to assist him in any way,” US Representative Adam B. Schiff, chairman of the House Intelligence Committee, told The Washington Post.

Schiff warned if Russia captured Zelensky, they would force him to make concessions.

“According to a Ukrainian official, Zelensky has not directed his own security services to remove him to a safe city, such as Lviv, although they stand ready to do so,” The Washington Post reported.

Late on Friday, Zelensky released a self-shot video of himself with key aides outside the presidency building in Kyiv. He said “We're all here. Our military is here. Citizens in society are here. We're all here defending our independence, our country, and it will stay this way.”

On Friday, Ukrainian media published reports, based on intelligence inputs, that claimed Russia could push to install a puppet regime if the existing government did not cooperate.