'Among international students studying in Taiwan, Indians are the fastest-growing group' 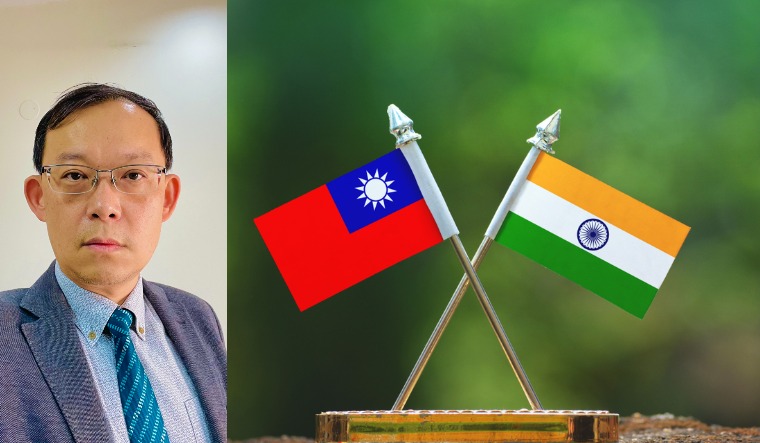 Taiwan, the island state in East Asia with a land size equal to Kerala and population roughly the same as Haryana, is not small by any standard. It is the 22nd largest economy and 17th largest trading state in the world with annual export reaching $446.45 billion in 2021. Unlike its giant neighbour, China, which also achieved huge economic success by maintaining a highly centralised and authoritarian polity, Taiwan chose to embrace liberal values and fully respect human rights. Free and fair elections have been constantly held in Taiwan since the 1990s, making the island a true role model of democracy. Recently, Taiwan even drew worldwide attention for its capacity to supply leading-edge computer chips: producers such as TSMC (Taiwan Semiconductor Manufacturing Company), UMC (United Microelectronics Corporation), MXIC (Macronix International Co. Ltd), and other semiconductor companies, manufactures over 60 per cent chips for the world market in automobile and information and communication technology sectors.

If one has to identify one factor contributing to Taiwan’s economic success, political achievements, and technological advances, it is education. Here is a society fully committed to cultivating and investing for future generations. Although current laws mandate 12 years of schooling, over 88 per cent of senior high and vocational school graduates go to colleges to pursue higher degrees. Therefore, 45 per cent of Taiwanese—aged from 25 to 64— hold a bachelor’s degree or higher degree. Compared to other countries, the Taiwan government has invested massively in education: in the 2020 fiscal year, $21.5 billion was spent on education, accounting for 5.57 per cent of the GDP, or 24 per cent of the entire government budget. Currently, there are 152 universities and colleges in Taiwan. Among 12 lakh students who are enrolled, ten lakh are undergraduates, while the rest two lakh are doing their Master’s and PhD programmes.

To maintain international competitiveness, the government of Taiwan is actively promoting cooperation and connection with the rest of the world through higher education. The number of international students in Taiwan had grown steadily in the past few years. When President Tsai Ing-wen launched the New Southbound Policy in 2016, students from south and southeast Asia increased tremendously. In the 2019-20 academic year there were 1.3 lakh international students studying in Taiwan, including both degree-seeking and exchange students. The number dropped to 98,000 in 2020-21 due to the pandemic but is expected to resume to the pre-pandemic level in 2022.

Compared to other Asian countries, Taiwan has many advantages in recruiting international students, like reasonable tuition fees, safe and friendly environment, and English-conducted programmes in most universities. Living costs are also lower than in Singapore, Korea, and Japan. According to QS World University rankings, on average, 12 Taiwanese universities were ranked as top 500 universities in the world in the past decade, and another 15-20 are listed as top 1,000. To promote the research capacities of higher education institutions, the ministry of education launched the top university project in 2011 by sponsoring 17 universities with $1.7 billion of extra budget. In 2018, the education ministry further proposed the higher education sprout project by sponsoring over $30 billion of extra budget to 23 universities over the next five years.

Among international students studying in Taiwan, Indians are the fastest-growing group. Five years ago around 1,000 Indian students were studying in Taiwan, but it grew to 2,783 in 2019-20 and 2,239 in 2020-21. Currently, Indians are ranked as the top 10 groups of international students in Taiwan, and a majority of them are pursuing a Masters degree or PhD. Most Indian students in Taiwan major in engineering, national sciences, life sciences, medical and public health, business, and management areas. Taiwanese universities prefer to recruit more Indian students because they speak fluent English and excel in various aspects. Many Indian students were recruited into research institutes such as Academia Sinica or high-tech companies in Hsinchu Science Park.

Any concrete strategies or policies proposed by Taiwan?

To attract more Indian students and scholars to study and explore Taiwan, our government also offers various scholarships to Indian students, including MOFA (ministry of foreign affairs) scholarships (for degree-seeking students), Huayu Enrichment Scholarship (for short-term language training), Taiwan Fellowship (sponsoring scholars to conduct field research in Taiwan), Elite Scholarship Programme (for lecturers to pursuing PhD degrees), Taiwan Education Experience Programme (paid internships), and various summer school and visiting programmes. Through these programmes and scholarships, we have seen more bilateral cooperation in science and technological areas. Since 2008, both Taiwanese and Indian governments have sponsored research teams from both sides to conduct joint research. Each year 10 projects from science/engineering fields and four projects from social sciences/humanities are selected for sponsorship with each receiving up to $40,000 of funding. These projects constitute a concrete base for scientific communities from both sides to forge solid partnerships in various areas.

Prospects for Taiwan-India relations through such cooperation

Currently, bilateral trade is about $7 billion, which accounts for less than one per cent of the entire trade in both countries. Before the pandemic, only 30,000 Taiwanese visited India and roughly the same number of Indians visited Taiwan each year. Only 100 Taiwanese companies are operating in India today, and the total investments here were about $2 billion (including investment via a third country). Taiwanese and Indians are friends by nature, but we do not know each other enough. Through cooperation in talent cultivation, we hope to bring the bilateral relationship to a new and solid level.

Dr Chen is deputy representative of Taipei Economic and Cultural Center (TECC) in India and mostly looks after education and academic cooperation between both countries. Previously, he was a professor at the Graduate Institute of International Politics, and vice president for international affairs at National Chung Hsing University (NCHU), Taichung, Taiwan. Before moving to Delhi to work at TECC in September 2020, Chen devoted his time to research on international relations and promoted cooperation between Taiwanese and foreign think-tanks in various areas.