Malik Faisal Akram’s family apologised to victims of the incident 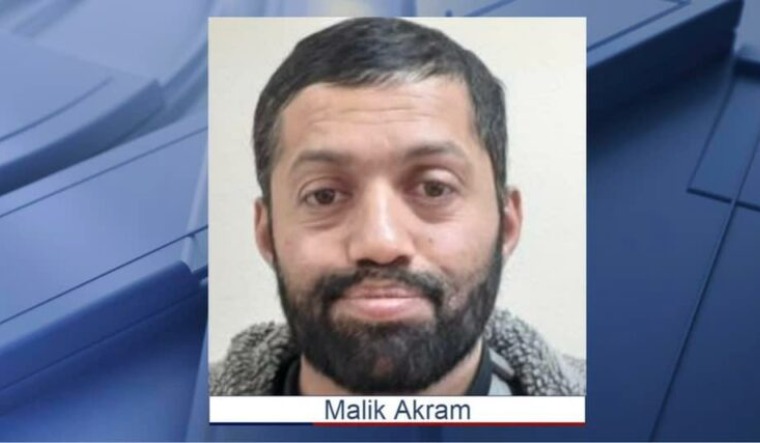 US authorities identified the guy who took four people, hostage, at a Texas synagogue as a British citizen on Sunday, and UK police later arrested two teenagers in connection with the crime, which President Joe Biden described as an "act of terror." The FBI identified the captor as 44-year-old Malik Faisal Akram, who died in the 10-hour siege in the small hamlet of Colleyville on Saturday. The four hostages, including a respected local rabbi named Charlie Cytron-Walker, were released unhurt on Saturday night, bringing comfort to the Jewish community and President Joe Biden, who reinforced appeals to combat anti-Semitism.

In a Facebook post, a man identifying himself as Akram's brother Gulbar stated that the suspect had mental health issues. “We as a family do not condone any of his activities and would like to genuinely apologise to all the victims involved in the sad incident,” Gulbar said in a Facebook post to a Muslim community group in Blackburn, northwest England, where British police said Akram was from. She is being imprisoned in a prison in Fort Worth, Texas, roughly 20 miles from the synagogue where Akram carried out his attack. Any ties she may have had to Akram were unknown.

Akram could be heard on a live stream from inside the synagogue calling for the release of Aafia Siddiqui, a 49-year-old Pakistani woman serving an 86-year sentence in Fort Worth prison for shooting at two FBI special agents, a US Army warrant officer, an Army captain, and military interpreters in 2008.

Siddiqui was referred to by Akram as his "sister," but her brother, Mohammad Siddiqui, was not involved, according to John Floyd, Siddiqui's legal counsel.

“This assailant has nothing to do with Dr Aafia, her family, or the global campaign to get justice for Dr Aafia. We want the assailant to know that his actions are wicked and directly undermine those of us who are seeking justice for Dr Aafia,” Floyd said. Akram has no criminal record in the federal courts. He arrived in the US about two weeks ago via JFK International Airport in New York. It is unclear as to how Akram got hold of firearms and explosives. Texas doesn’t allow non-US citizens to legally purchase guns. Akram’s family said that he was suffering from ‘mental health issues’.