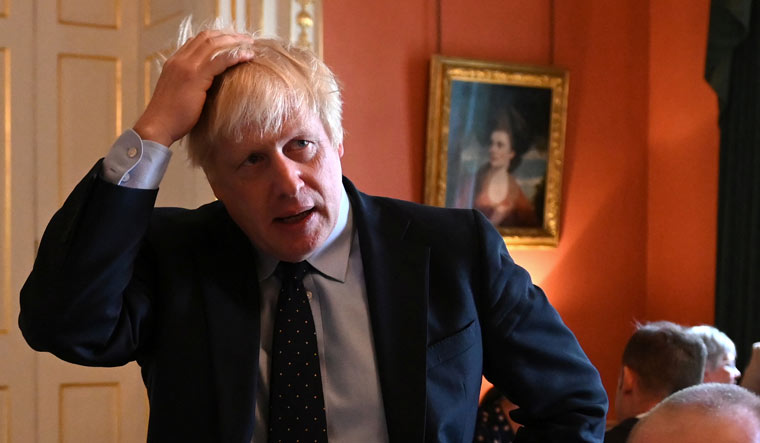 At the funeral for her husband, the late Prince Philip, Queen Elizabeth II sat alone—adhering to COVID-19 social distancing protocols. Just a day earlier, however, members of 10 Downing Street held a regulation-defying leaving party with booze and dancing.

The April 16 event, reported by The Telegraph, is just the latest in a series of top-level COVID-19 guideline violations being investigated by senior civil servant Sue Gray.

On Friday, 10 Downing Street formally apologised to the Queen for the two staff parties held the night before Prince Philip’s funeral. The PM’s spokesperson said that it was “deeply regrettable that this took place at a time of national mourning”.

The controversy comes after news of another lockdown-defying party shook the House of Commons: A Christmas Party in December 2020, amid a strict lockdown—and where Johnson participated in a virtual quiz with bottles of wine and a cheeseboard visible in leaked screenshots of the same.

The controversies have added to calls for Prime Minister Boris Johnson to resign, with the Labour, Liberal Democrats and SNP parties all calling for the same. Since the pandemic, COVID-19 adviser Professor Neil Ferguson and former health secretary Matt Hancock have all resigned following revelations that they violated COVID-19 guidelines in some form or the other.

Boris Johnson’s former Downing Street Press Secretary Allegra Stratton resigned shortly after a video emerged of her laughing about the party, while preparing for a press conference.

Johnson’s resignation can only be triggered if 54 Conservative MPs write a letter to trigger a vote of no-confidence.