Court noted OSHA overstepped its authority in issuing the requirement 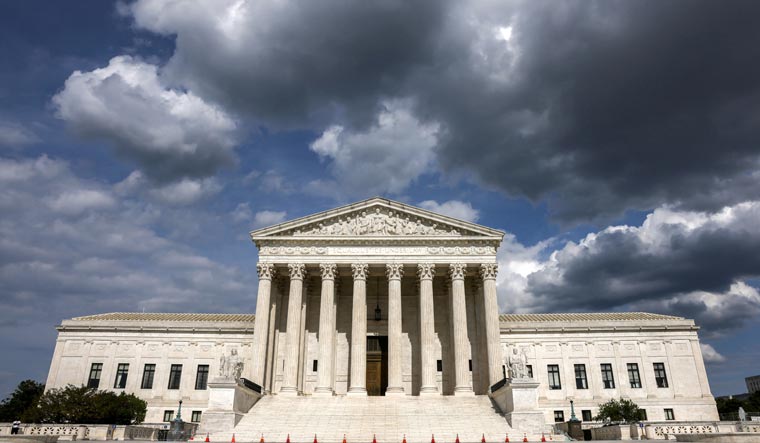 The Biden Administration suffered a setback after the US Supreme Court on Thursday blocked the government's vaccine and testing requirement for large businesses nationwide. At the same time, the court allowed a vaccine mandate for most health workers.

The Biden Administration had mandated that employees of large businesses be vaccinated against COVID-19 or undergo weekly testing and wear a mask at work.

The Supreme Court froze a lower court opinion that allowed the vaccine mandate for businesses to go into effect. A majority ruling of the Supreme Court noted that the federal Occupational Safety and Health Administration had overstepped its authority in issuing the mandate. “Although Congress has indisputably given OSHA the power to regulate occupational dangers, it has not given that agency the power to regulate public health more broadly. Requiring the vaccination of 84 million Americans, selected simply because they work for employers with more than 100 employees, certainly falls in the latter category,” the Supreme Court was quoted as saying by CNN.

Justices Stephen Breyer, Sonia Sotomayor and Elena Kagan, who are perceived as the liberal wing of the Supreme Court, dissented with the decision.

They wrote, “When we are wise, we know not to displace the judgments of experts, acting within the sphere Congress marked out and under Presidential control, to deal with emergency conditions. Today, we are not wise. In the face of a still-raging pandemic, this Court tells the agency charged with protecting worker safety that it may not do so in all the workplaces needed. As disease and death continue to mount, this Court tells the agency that it cannot respond in the most effective way possible.”

The Biden Administration had intended to use the vaccine mandate for businesses as a major means to convince reluctant people to get jabs.

President Joe Biden expressed disappointment at the Supreme Court decision. “I am disappointed that the Supreme Court has chosen to block common-sense life-saving requirements for employees at large businesses that were grounded squarely in both science and the law,” he said in a statement. Biden noted, “it is now up to States and individual employers to determine whether to make their workplaces as safe as possible for employees, and whether their businesses will be safe for consumers during this pandemic by requiring employees to take the simple and effective step of getting vaccinated.”