‘Once Russians are in your house, it’s difficult to get them to leave’: Blinken 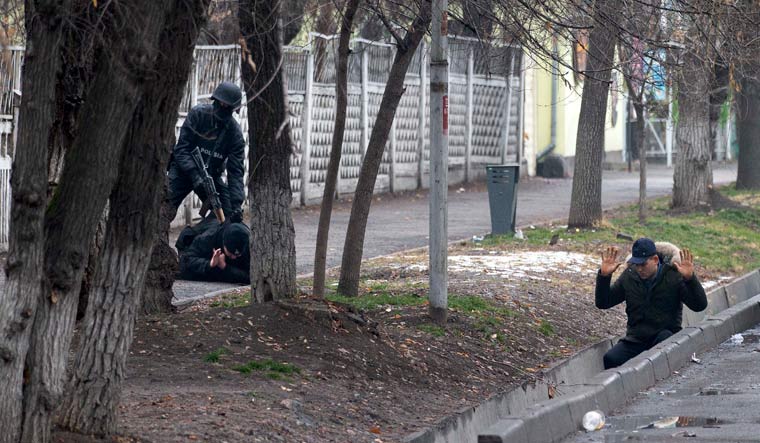 Following the deployment of Russian and Collective Security Treaty Organization (CSTO) troops to Kazakhstan in response to growing unrest among the populace, US Secretary of State Antony Blinken made a jibe in warning to Astana, saying "One lesson of recent history is that once Russians are in your house, it's sometimes very difficult to get them to leave”.

Blinken was challenging Russia’s justification of sending troops to Kazakhstan, saying he believed the Kazakh government could have dealt with the protests by itself.

Moscow responded angrily to the comment, calling it “typically offensive”.

"If Antony Blinken loves history lessons so much, then he should take the following into account: when Americans are in your house, it can be difficult to stay alive and not be robbed or raped," the Russian foreign ministry said on its Telegram social media channel.

"We are taught this not only by the recent past but by all 300 years of American statehood,” it added.

Around 2,500 Russian troops have been dispatched to Kazakhstan, under the auspices of the CSTO, made up of Russia and five former Soviet states. Moscow says the deployment is temporary. It came after Kazakh President Kassym-Jomart Tokayev requested aid, as thousands of protesters torched state-buildings. Tokayev called for help in overcoming the “terrorist” threat, and has issued shoot-to-kill orders against the protesters.

The protests stemmed from the government’s decision to end fuel subsidies, resulting in a price rise on New Year’s.