A week ago, authorities arrested 7 associated with online news outlet over sedition 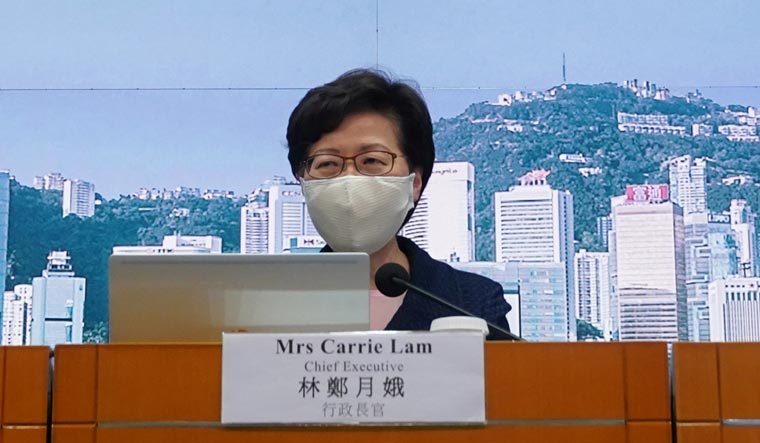 Hong Kong leader Carrie Lam on Tuesday said that the recent closure of two media outlets in the city does not reflect the state of press freedom in Hong Kong as the decisions were made by the outlets themselves.

Her comments came almost a week after authorities arrested seven people associated with pro-democracy online news outlet Stand News over sedition, with the outlet announcing that it would cease operations. Days later, another online site Citizen News also said it would stop operating.

"For none of the media outlets, we did not do anything. They were never approached by law enforcement agencies," Lam said during a news conference Tuesday.

"But if they decided to cease operating out of their own concerns, I think this is nothing out of the ordinary.'' She added that Hong Kong authorities do ''not seek to crackdown on press freedom." Lam said that the government follows the rule of law in Hong Kong and that when she first assumed office, she had opened up government news conferences to online outlets and met with the Hong Kong Journalists Association.

"As long as news outlets do not engage in illegal acts, they can continue to report news in Hong Kong,'' Lam added.

"So you cannot say that the freedom of the press is eroded due to the closing of the two media outlets," Lam said.

Since the security law came into effect, over a hundred people have been arrested, including many pro-democracy activists as well as some journalists who previously worked for the now-defunct Apple Daily and Stand News.

Separately, Lam said Tuesday that the city would be tightening vaccine requirements to cover not only entertainment venues, but also places like libraries, schools, and museums.

The mandate would be tightened from Feb. 24 and would require those entering such venues to have at least one vaccine dose against COVID-19.

The expansion of the vaccine mandate comes days after Hong Kong reported its first omicron COVID-19 cluster, linked to several Cathay Pacific crew members who had broken isolation rules and visited dining spots and bars across the city before later testing positive for omicron.

The city had previously largely kept the delta variant from causing local outbreaks through strict quarantine rules. Hong Kong currently designates all countries with local omicron outbreaks as "high-risk" countries, requiring arrivals from those countries to serve a 21-day quarantine.