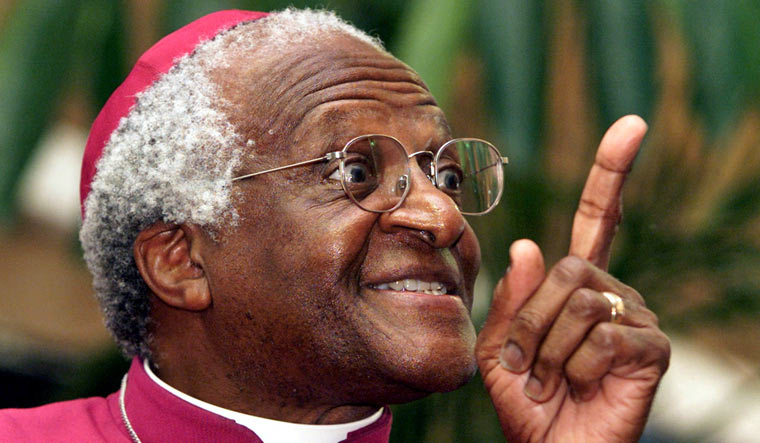 South Africa's Archbishop Desmond Tutu died on December 26, aged 90. He passed away peacefully at the Oasis Frail Care Centre in Cape Town. Though he belonged to the Anglican church, Tutu often questioned God and religion. An advocate for LGBT rights,Tutu said, “ If I go up to heaven and find a homophobic god, I will tell him I prefer the other place.”

Here are more such Tutu quotes to live by.

“If you are neutral in situations of injustice, you have chosen the side of the oppressor.”

“There is something in us that refuses to be regarded as less than human. We are created for freedom.”

During his address at the Nelson Mandela Foundation on 23 November 2004, Tutu said: “Don’t raise your voice, improve your argument.”

Tutu published several books during his life and in God Has a Dream: A Vision of Hope for Our Time, he wrote: "It is through weakness and vulnerability that most of us learn empathy and compassion and discover our soul."

"The Dead Sea in the Middle East receives freshwater, but it has no outlet, so it doesn't pass the water out. It receives beautiful water from the rivers, and the water goes dank. I mean, it just goes bad. And that's why it is the Dead Sea. It receives and does not give. In the end, generosity is the best way of becoming more, more, and more joyful," reads one of Tutu's quotes in 'The Book of Joy: Lasting Happiness in a Changing World'. Through the quote he is conveying how generosity is the best way to become joyful.

“Forgiveness says you are given another chance to make a new beginning.”

“Children are a wonderful gift. They have an extraordinary capacity to see into the heart of things and to expose sham and humbug for what they are.”“The universe can take quite a while to deliver.”