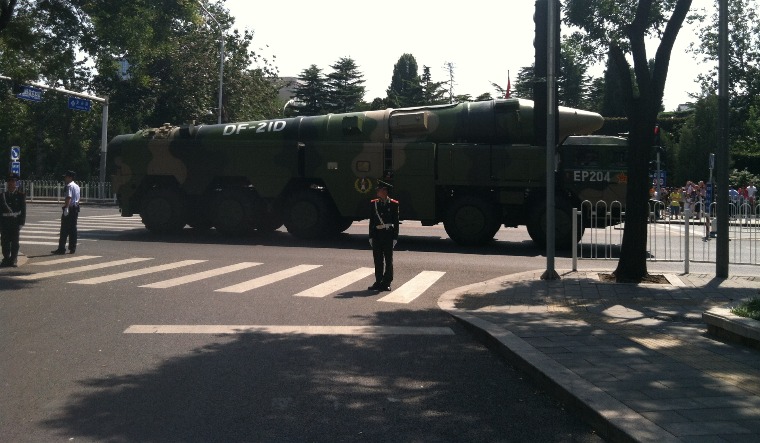 CNN reported on Thursday that satellite images suggested Saudi Arabia is manufacturing solid-fuelled ballistic missiles at a facility near Dawadmi.

“US officials at numerous agencies, including the National Security Council at the White House, have been briefed in recent months on classified intelligence revealing multiple large-scale transfers of sensitive ballistic missile technology between China and Saudi Arabia,” CNN reported.

There were no details on what type of ballistic missiles were being built at the facility.

Jeffrey Lewis, a weapons expert and professor at the Middlebury Institute of International Studies, told CNN that Saudi Arabia's development of ballistic missiles had not received as much scrutiny as similar actions by Iran.

On the blog Arms Control Wonk, Lewis noted that analysts had identified the site in Saudi Arabia in 2018 itself. In 2019, CNN reported Saudi Arabia had “escalated” its ballistic missile programme with Chinese help, but the Donald Trump administration downplayed the matter.

The moves by Saudi Arabia were linked to ongoing tension with Iran.

Saudi Arabia's defence ties with China go back several decades. In 1988, Saudi Arabia acknowledged it had purchased DF-3 ballistic missiles from China, calling the weapons a deterrent against Iran. Codenamed CSS-2 by NATO, the missiles were estimated to have a range of up to 3,000km, but Saudi Arabia said they were meant strictly for defence and denied they would be equipped with nuclear warheads. At the time, Israel had expressed concerns the CSS-2 could be used to deploy chemical weapons. In fact, on March 20, 1988, Israel warned it could launch a pre-emptive strike to destroy the CSS-2 missiles, The Christian Science Monitor reported.

In 2014, media reports said Saudi Arabia had purchased the DF-21 (NATO codename: CSS-5) ballistic missile from China in 2007. The CSS-5 has a range of around 2,000km—less than the CSS-2—but possessed greater accuracy and could also be transported and fired from mobile launchers, making them more survivable.

Newsweek reported in 2014 the US agreed to Saudi Arabia buying the DF-21 on condition “CIA technical experts could verify they were not designed to carry nuclear warheads”.