Understanding the ethnic displacements under the Taliban

Hazaras, Uzbeks, Turkmen and Tajiks in Afghanistan have been displaced 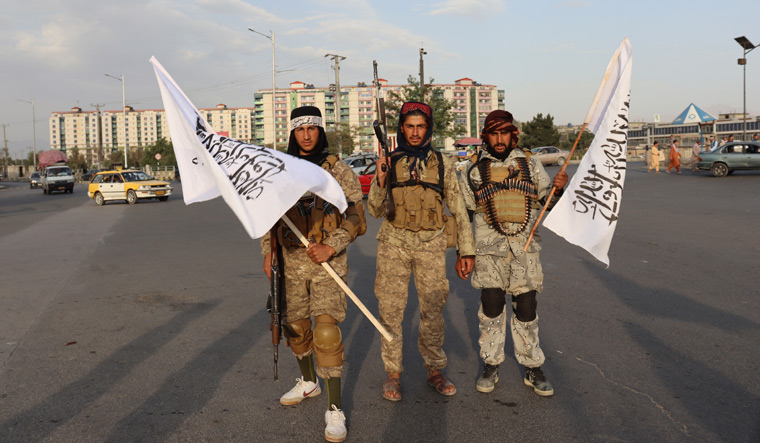 Recent news reports emerging out of northern Afghanistan province of Jowzjan received a lot of local and international attention. The Taliban had allegedly carried out forced evacuation on farm lands which were in the possession of people of two ethnicities: Uzbeks and Turkmen. The reports suggested that the Taliban did not recognise the current occupants as the owners of the lands. Photos of men moving away from farmlands in hordes circulated on social media prompting outrage on Taliban ‘atrocities’.

Jowzjan is one of the provinces where the dominant Pashtuns are not in majority in terms of population. Ethnic group Uzbeks are a majority here. The literacy rate is low among them and the Turkmen, who are mostly into farming, trade. A local warlord, Abdul Rashid Dostum, who once commanded tremendous influence in the Northern Alliance is also an Uzbek.

A local of Jowzjan who did not wish to be identified said that the Taliban, which is dominated by those of Pashtun ethnicity, wanted to free the lands in Qosh Tappeh district and hand them over to Kochis, a nomadic tribe of Pashtun ethnicity. Local news reports said, “thousands of acres of lands has been confiscated by nomads and the Taliban imprisoned the protesters.”

The Taliban draws its core strength and cadre from the Pashtun community who are majorly concentrated in south of Afghanistan.

The Kochis, who are mostly shepherds, have been at loggerheads with other communities for a long time especially over usage of lands for animal grazing. Former Afghanistan president Ashraf Ghani also belongs to the community. This community has been looked at suspiciously and accused of working for Taliban as it is widely believed that they transported arms and other supplies to the group for the last 20 years.

It is thought that the Taliban now wants to return the favour and reward the Kochis for their acts of loyalties. The latest episode has a historical context to it too. After 2001, the local warlords took control and drove out some of the Pashtuns from there lands and the recent act is seen as a revenge for that.

The Taliban has been projecting the case as a land dispute between communities and not an unfair act of theirs. It is learnt from local sources that Taliban have partially halted the process and some of the occupants of the lands allowed to return and use the lands like before.

Mahdi Modaber, a freelance journalist based in Afghanistan, said: "Afghanistan is a land of diverse ethnicities, but, these differences have not always been peaceful. These conflicts have always existed in the country, but after the Taliban came to power, these conflicts have increased unprecedentedly. In most cases, nomadic Pashtun tribes seize the opportunity to cash in with non-Pashtun tribes living in the villages and lay claim on lands and pastures.”

A few weeks back, Hazaras, another ethnic community, faced similar situation in central parts of the country where they are in majority. The Hazaras have been displaced from Daykundi province and in some districts of Helmand and Ghazni provinces.

According to local sources in Daykundi, the Taliban had sent letters to the local residents to vacate their homes. It was conveyed to them that the lands belonged to the Pashtuns. After a few days, armed Taliban soldiers forcibly evicted the villagers seizing lands, houses and domestic animals. Some of the migrants live in temporary shelters in the mountains and some have migrated to Kabul. Similar scenes were witnessed prior to 2021 when the Taliban were in power and the Hazaras were driven out from these villages.

Another ethnic group, Tajiks, allege persecution of a different kind. The National Resistance Force (NRF) fighting the Taliban is led by Ahmad Massoud Jr, son of late Ahmad Shah Massoud, a former Northern Alliance leader and a powerful icon in the Tajik community. Panjshir is the birthplace of Massouds which is now also the informal headquarters of the NRF where clashes continue to take place between the Taliban and the NRF supporters. Some of the locals have been displaced or some have voluntarily left the province fearing persecution and targeted killings suspecting their support to NRF. Many of those who migrated to Kabul and other provinces live in fear as in many cases the Tajiks of Panshir are singled out and are subject to scrutiny.

The fissures between the Taliban, who are mostly seen as another face of Pashtuns and other ethnicities, are wide open and will further hinder any attempts for peace in the region.