Al-Raisi said he wants to modernise and transform Interpol 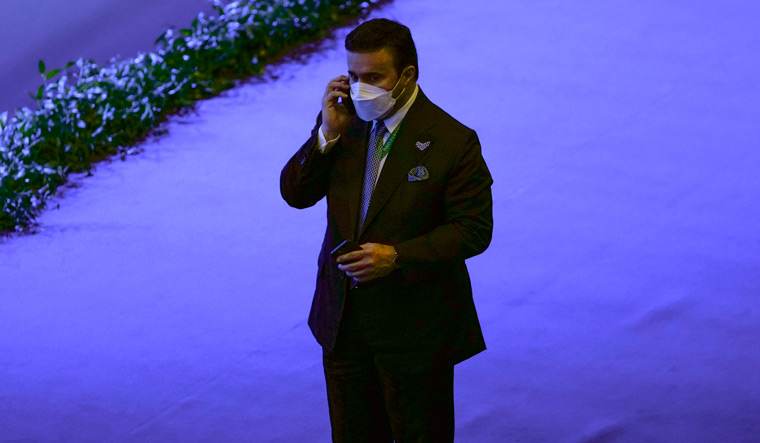 Maj. Gen. Ahmed Naser al-Raisi, inspector general at the UAE's interior ministry, has been elected as Interpol's president for a four-year term.

Police chiefs and other representatives from the organisation's 194 member countries are attending the 89th General Assembly, taking place from 23-25 November in Istanbul.

In a opinion piece for the government-run newspaper in Abu Dhabi, al-Raisi said he wants to modernise and transform Interpol, drawing on the UAE's role as a leader in tech-driven policing and a bridge builder in the international community.

On Tuesday, delegates voted to admit the Federated States of Micronesia, raising the number of Interpol members to 195, according to an Interpol statement.

The election for president was held because the first-ever Chinese president of the body, Meng Hongwei, vanished mid-way through his four-year term on a return trip to China in 2018. It subsequently emerged that he had been detained, accused of bribery and other alleged crimes. Interpol then announced that Meng had resigned the presidency.

A vice president, Kim Jong Yan from South Korea, was swiftly elected as a replacement to serve out the rest of Meng's term. Kim's presidency was due to end in 2020, but his tenure has been extended by a year after the coronavirus pandemic prompted Interpol to scrap its annual assembly last year. His replacement will be elected for one four-year term.

Although it is Interpol's secretary general that runs Interpol on a day-to-day basis, the president is still a figurehead for the Lyon, France organisation and plays a role in supervising the police body's work and guiding its overall general direction.

That post of secretary general is currently held by Juergen Stock of Germany.