The virtual summit is on December 9 and 10 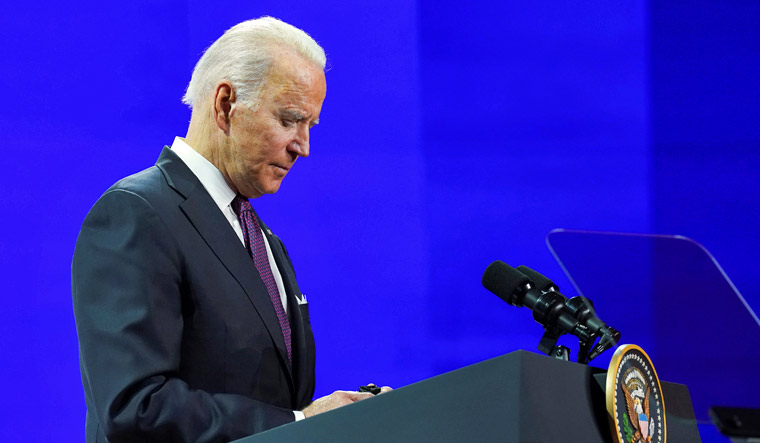 The Summit for Democracy—American President Joe Biden’s flagship programme to put democracy and human rights back into American foreign policy—seems to have hit the wrong note even before the first edition.

The virtual summit on December 9 and 10, which will likely be attended by Prime Minister Narendra Modi, will be held soon after the India-Russia bilateral summit.

The exclusion of China and Russia is deliberate. And the invitation to Taiwan—happily accepted—as well as Ukraine—targeted at Russia—leaves no doubt as to who the message is meant for. It is clear who the bad guys are. But are all those invited good? And are some good ones left out?

Pakistan has been invited. Bangladesh isn’t on the list. Nepal is. Thailand and Vietnam were not invited. South Korea and Japan have been sent invitations, but an ally Egypt has been left out. Turkey, a NATO member, is not on the list. And only Israel and Iraq have been invited from the Middle East.

“Democracy doesn’t happen by accident,’’ said Biden in February. “We have to defend it, fight for it, strengthen it, renew it.” The three themes, which will be explored by leaders, civil societies and philanthropists, will be: defending against authoritarianism, addressing and fighting corruption and promoting respect for human rights. Leaders will be encouraged to announce “specific actions and commitments to meaningful internal reforms and international initiatives that advance the Summit’s goals’’. These pledges will include domestic and international initiatives that counter authoritarianism, combat corruption, and promote respect for human rights, the website said. This will be easier said than done.

“The irony is that people have argued for the S4D as a US strategic, foreign initiative. My concern: this may well end up being a huge self-goal, sorting China’s narrative that democracy is US/ Western agenda, unsuitable to Asia (yes, incl Bangladesh),’’ tweeted Constantion Xavier, research fellow Centre for Social and Economic Progress, in a long thread on the Summit for Democracy turning into an “unexpected mess’’, especially as it leaves out Bangladesh—the third largest Muslim country. “American obsession with formal entry requirements, commitments, progress focused on governments etc. is so counterproductive.”

The inclusion of Pakistan—and not Bangladesh—and Philippines is not to do with the robust state of democracy in these countries but about strategy. “Pakistan, the Philippines, and Ukraine are all flawed democracies with endemic corruption and rule of law abuses,’’ wrote Steven Feldstein, senior fellow in Carnegie’s Democracy, Conflict, and Governance Program, on the think-tank’s website. “Yet they are important partners of the United States—whether to counterbalance Chinese influence (Philippines), withstand Russian encroachment (Ukraine), or assist with counterterrorism (Pakistan). Undoubtedly, the State Department’s relevant regional bureaus made the case on those grounds.”

The summit comes at a time when “democracy and human rights are under threat around the world’’, according to the US state department website. “The Summit will provide an opportunity to reflect, listen, and learn, as well as to plan and act, so that we can build a shared foundation for global democratic renewal,’’ according to the state department release. “As President Biden has said, we have to prove democracy still works and can improve people’s lives in tangible ways. To do that, democracies have to come together—to rejuvenate and improve our open, rights-respecting societies from within; to stand together in defending against threats from autocracies; and to show we can address the most pressing crises of our time.”

The question is: will it?