US fears Russia is planning invasion of Ukraine 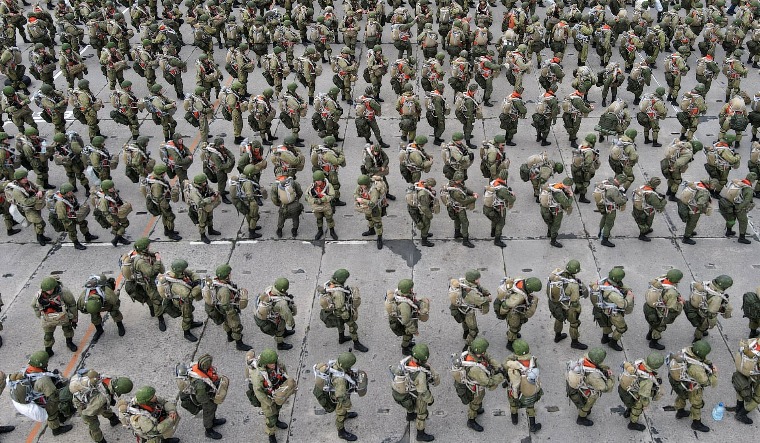 Bloomberg reported on Thursday that US officials had briefed their counterparts in the European Union that Russia may be planning a potential invasion of Ukraine.

"The assessments are believed to be based on information the U.S. hasn’t yet shared with European governments, which would have to happen before any decision is made on a collective response," Bloomberg quoted officials as saying.

The US had expressed fears of an ongoing military build-up by Russia near Ukraine. Russia had dismissed the fears, terming the deployment of forces as an internal matter.

Interestingly, Russia's deputy ambassador to the UN, Dmitry Polyansky, declared on Thursday Moscow would never invade Ukraine unless it was provoked.

When asked whether Russia would invade, Polyansky said, "Never planned, never did, and never going to do it unless we're provoked by Ukraine, or by somebody else... There are a lot of threats coming from Ukraine… And don't forget that the American warships around the Black Sea acting very close."

Earlier this month, satellite imagery showed Russia deploying troops, tanks and short-range missile systems near the border with Ukraine. At a press conference on Wednesday, Pentagon spokesperson John Kirby had noted the Russian build-up was "unusual in size and scope".

"We continue to see… unusual military activity inside Russia, but near Ukraine’s borders, and we remain concerned about that... And it’s not exactly clear what the Russian intentions are. We obviously would like to better understand that. And we don’t want to see any action further destabilise what is already a very tense part of the world. And we urge Russia to be clear about their intentions and to abide by their Minsk agreements," Kirby was quoted as saying by Military Times.

Roman Mashovets, deputy head of Ukraine’s Office of the President for national security and defense, told Military Times that as of November 10 there were more than 32,000 Russian troops in Crimea. He revealed, "about 114,000 Russian troops are near the Ukrainian border and on the occupied territories of Donetsk, Luhansk and Crimea".

In April, US President Joe Biden called his Russian counterpart, Vladimir Putin, after NATO accused Russia of massing over 100,000 troops, tanks and aircraft near Ukraine. The tension eased as Biden offered to hold a summit with Putin, which took place in June.