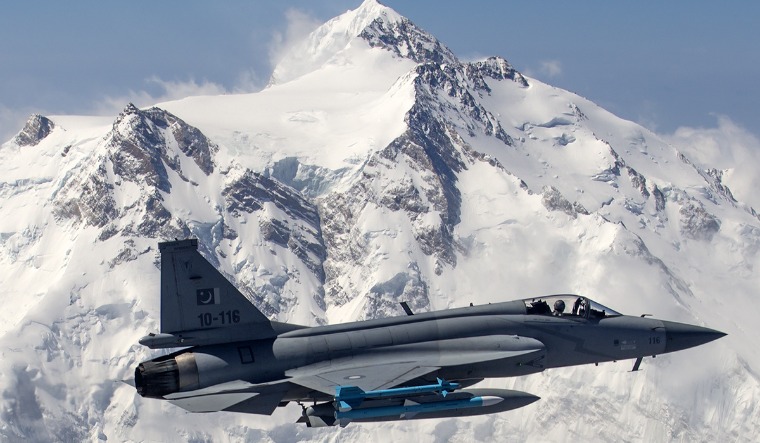 For over a decade, Azerbaijan, a nation in the South Caucasus, has expressed interest in purchasing JF-17 fighters. The JF-17 was originally designed by China, with Pakistan bearing development costs and becoming the primary customer and manufacturing partner for the aircraft.

On Monday, the defence attaché of Azerbaijan's embassy in Islamabad reiterated his country's interest in buying the JF-17.

Colonel Mehman Novruzov was quoted by Dunya News as saying, "The purchase of JF-17 Thunder aircraft from Pakistan is a key item on our agenda."

He revealed that Azerbaijan wanted to buy the 'Block 3' variant of the JF-17. The JF-17 Block 3 made its first flight in December 2019 in China. The Block 3 has upgraded cockpit electronics and radar systems, compared with preceding variants of the JF-17.

Novruzov added Azerbaijan was working with Pakistan to upgrade its air force.

While Azerbaijan has purchased a substantial number of drones from Israel and Turkey over the past decade, it still operates fighter aircraft from the Soviet era, such as the MiG-29 and Su-25 ground-attack jet.

In 2011, Azer News, a local media outlet, reported Azerbaijan and Pakistan had reached an agreement to buy the JF-17. However, a contract has not been signed till date. Experts have speculated that Russia could object to the supply of the JF-17 to Azerbaijan. The Sino-Pakistani fighter uses the RD-33, a Russian-made engine. Thus, clearance will be needed from Russia to export the JF-17. However, China has been working on an indigenous engine to eventually replace the RD-33.

Azerbaijan has also evaluated Russian aircraft such as the MiG-35 and Su-35 for its fighter fleet. While the Russian aircraft have greater range and weapons-carriage capability than the JF-17, the Sino-Pakistani jet is believed to have lower costs on account of having a single engine. Moreover, China is expected to offer more attractive financing terms for prospective customers compared with Russia.

In February 2020, the Azeri government announced it would purchase the M-346, a trainer aircraft from Italy that can be used as a light fighter. According to reports, the Azerbaijani Air Force could purchase up to 15 M-346 jets, but the deal for the Italian aircraft won’t negate the necessity of purpose-built fighters.

Pakistan was among the first countries to recognise Azerbaijan as an independent nation following the break-up of the Soviet Union in 1991.

The two countries have also cooperated extensively on defence, with Pakistan training hundreds of Azeri personnel. In September, soldiers from Azerbaijan, Turkey and Pakistan participated in an exercise named 'Three Brothers-2021' in Baku. Turkey and Pakistan had supported Azerbaijan in its conflict with Armenia last year.

In addition to Pakistan, the JF-17 is also in service with Myanmar and Nigeria.