After UAE, Saudi Arabia announces net-zero pledge ahead of COP26

MBS announces plan for kingdom to turn net-zero by 2060 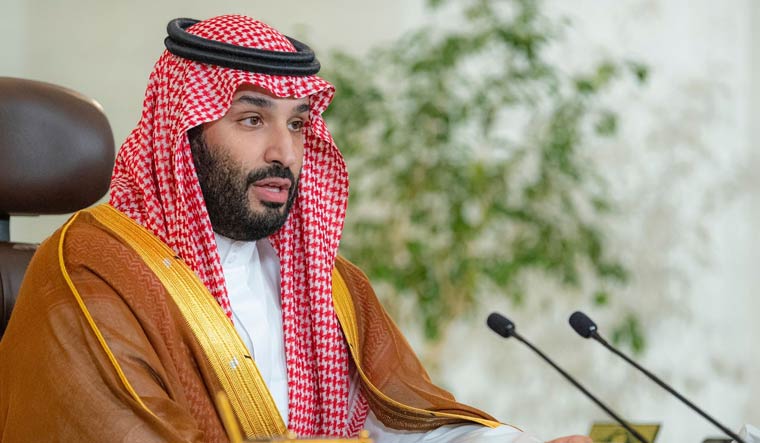 The world’s largest oil exporter has announced plans to reach zero-net emissions by 2060, Saudi Arabia’s Crown Prince Mohammed bin Salman pledged at the Saudi Green Initiative on Saturday. The move would involve cutting carbon emissions by over 270 million tonnes per year and investments of over $183.63 billion.

The kingdom’s approach would rely on a “carbon circular economy” which will include carbon capture and storage technologies. The net-zero promise refers only to efforts within KSA’s borders and not to its investments in fossil fuels outside of the country—or the impact of its exports to the world.

Saudi Arabia is the world’s tenth-largest emitter of carbon dioxide.

MBS also announced the Kingdom's accession to the Global Methane Pledge, "which aims to reduce methane emissions globally by 30 per cent."

In September 2020, Climate Action Tracker had rated Saudi Arabia’s climate targets and policies as “critically insufficient” and on course with actions that will lead the world to 4 degrees Celsius of rising temperatures—by far the most catastrophic climate scenario.

The kingdom’s new move towards a greener future—in line with MBS’s promise of Vision 2030 and the diversification of the country’s economy that seeks to shift reliance on oil—comes after the United Arab Emirates (UAE) announced a similar pledge. The renewed pressure on energy companies and oil producers to reduce emissions comes as the world heads for a crucial summit of the United Nations Climate Change Conference (COP26) in Glasgow.

The UAE became the first Gulf state to commit to a net-zero emissions plan on October 7, when it announced a 2050 target for the same. The country plans to invest over $160 billion as part of its plan to pivot both its economy and nation to net zero, Sheikh Mohammed bin Rashid Al Maktoum announced.