The eatery said it considered the enforcement an intrusive & offensive measure 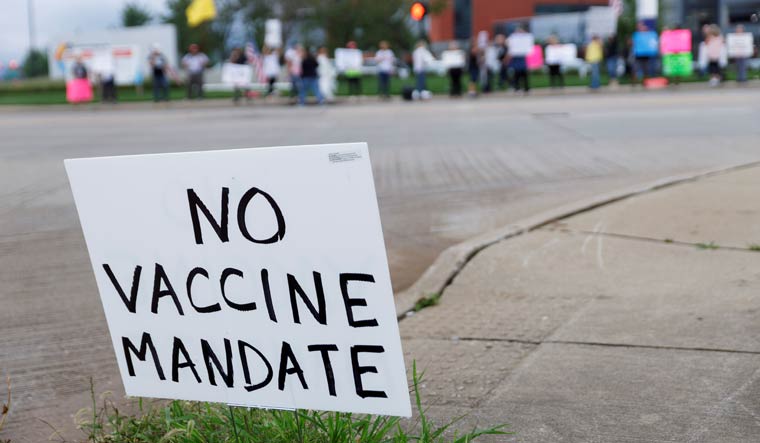 The In-N-Out hamburger chain is sizzling mad after San Francisco shut down its indoor dining for refusing to check customers' vaccination status.

The company's Fisherman's Wharf location  its only one in San Francisco  was temporarily shut by the Department of Public Health on October 14.

Authorities said it refused to bar clients who couldn't show proof of vaccination to dine indoors, as required by a city mandate that took effect August 20.

In-N-Out ignored repeated warnings to enforce the vaccination rule, the department said, calling the mandate a matter of public health to keep COVID-19 from spreading.

We refuse to become the vaccination police for any government, Arnie Wensinger, the chain's chief legal and business officer, said in a statement.

In-N-Out said it considered the enforcement requirement an intrusive and offensive measure that would force it to discriminate against customers.

The location has since reopened but without indoor dining.

In-N-Out was the only San Francisco restaurant that was closed for violating the mandate.